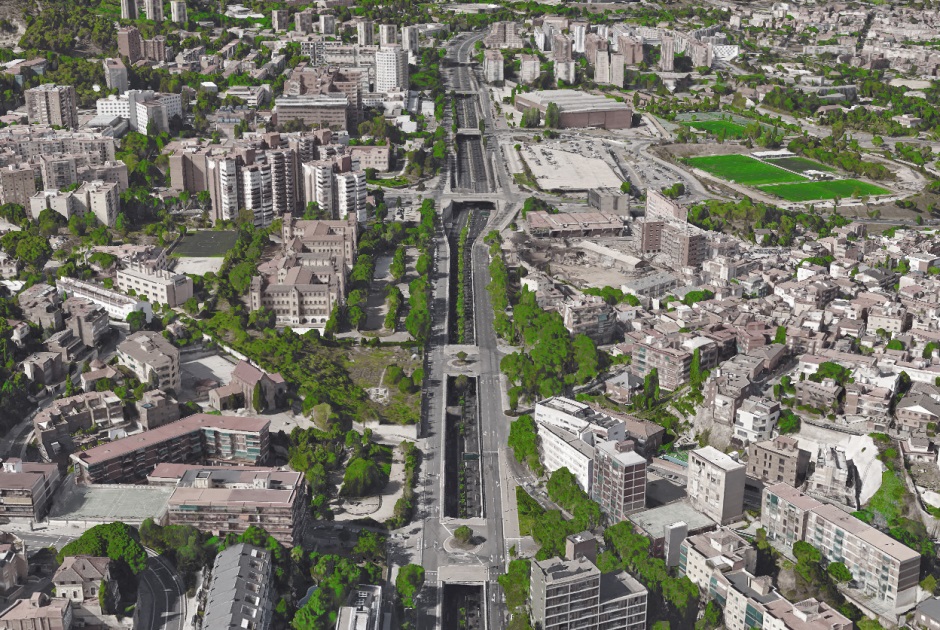 The City Council of Barcelona has announced the beginning of works for the covering structure of the Ronda del Dalt in the area of Horta-Guinardó next July. Works to be performed between Mercat and the Vall d’Hebron Institute also include the urban planning of side roads along the 180m long section. Its budget is of 15M€. In 2018, once the central wall is built, the supporting side walls of the forthcoming slab will be built without traffic cuts. In the meantime, the urban planning criteria for the new covering structure will be agreed in consensus with neighbors demands. A second 320m long section until Jericó street will be promoted in the forthcoming term of office.
Esteyco is responsible for the Final Design of the section between Jerico street and Jordà Avenue. In parallel, we are in charge of the Preliminary Design of the covering structure between Jordà Avenue and Harmonía street. This means that a 950m extension of the tunnel that will be implemented this summer.