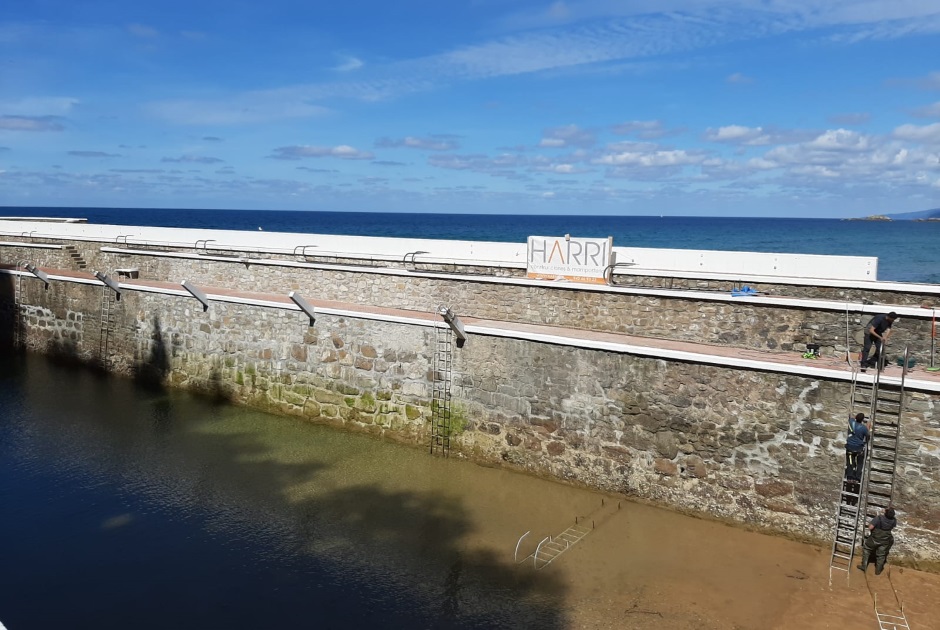 The storm in early February caused a hole  in a weakened point of the shelter wall of the port of Zarautz, which was already very deteriorated. Since then, the City Council has set to work to recover one of the most precious treasures of our town.

Xabier Txurruka (EAJ-PNV) Mayor of Zarautz states that “in less than 6 months, we will be able to enjoy our port again. We are short of the final auctions, specifically, there is little more to do than install the new railings and ladders and reinstall the chains and ropes for mooring the boats.”

During the works, the city council wanted to improve the opportunity to carry out other renovation works pending at the dock. Thus, the company Harri Construcciones y Mampostería S.L. is handling the replacement of the old trampoline, which was badly damaged by the waves. Complementary masonry and stonework works are also being carried out.

“We will conclude this last phase with the integral painting of railings and parapets. We are very happy and satisfied with the work carried out by Harri Construcciones y Mampostería with the construction management in charge of the engineering and architecture consultancy Esteyco. The result sticks out like a sore thumb. People have also expressed their satisfaction with the result of the reconstruction. We hope to be able to open the port in mid-August, for the enjoyment of the people from Zarautz”declares Txurruka.