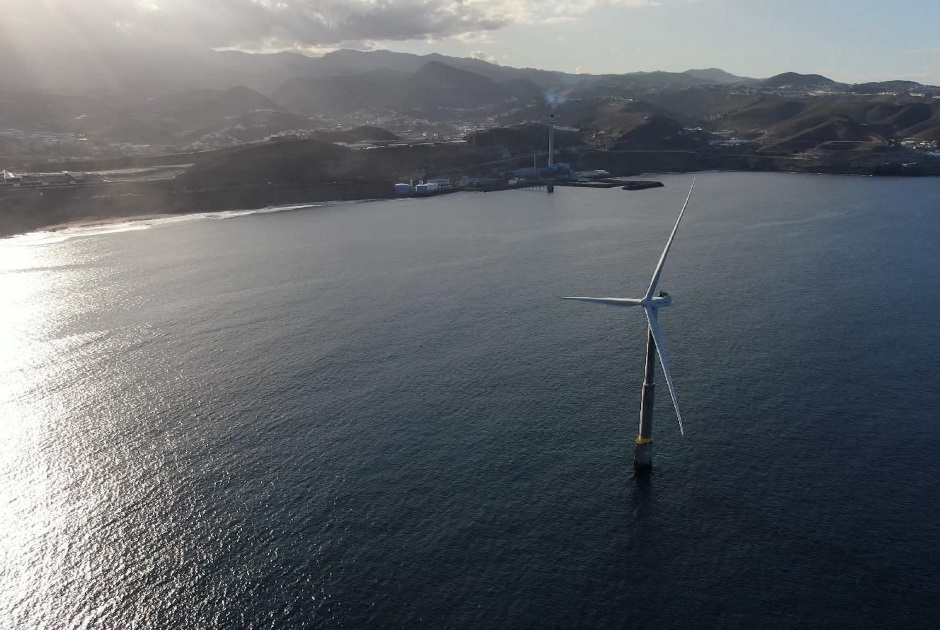 On February 25, it was published on the website of Euronews the report on the Marine wind turbine of the Elican Project.

In partnership with The European Commission

What might look like an ordinary offshore windmill to the untrained eye, is actually something quite different.

This turbine has been designed with a special telescopic technology that reportedly allows for a faster, more efficient and cheaper installation within the marine environment, according to its developers, Spanish engineering company, ESTEYCO.

Just half-an-hour by boat from the island’s main port, this offshore prototype took almost 4 years to become a reality.

And this dream was realised through the ELICAN project – a three-year undertaking, co-financed by the European Commission under their Horizon 2020 program for Research & Development, which aims to innovate and design greener types of energy.

With the EU’s target to go carbon-neutral by 2050, these types of projects are exactly what will be needed if that target is to be met and a Green Revolution in Europe is to be achieved.

But what makes these wind turbines so unique?

Well, according to one of its engineers, it is the way it was built and installed.

“This prototype has two big systems. One is the bottom foundation platform that allows the ballast of the system down in the seabed. The other one is its auto-lifting system. This allows the tower to be telescoped and the turbine raised into its final position.” Juan Manuel Sanchez Herrero. Mining Engineer, ESTEYCO

According to the developers, the installation costs have been reduced by 35 per cent compared to those needed by ordinary offshore windmills, for which foundations, tower, turbine and blades have to be assembled at the final location.

Designers say the whole system was conceived to be easily scaled up to the bigger, far more powerful turbines – up to 12 megawatts – which are about to enter the market.

Whatever the size of the turbine, researchers say that the stability of these offshore platforms is the main challenge, with one engineer describing wind turbines as “a nightmare in terms of stability.”

Along with further improving some of the technical configurations, researchers are now looking at the market opportunities ahead.

According to Javier Nieto, the Offshore Division Manager at ESTEYCO, the aim is to build bigger and more commercially viable wind turbine farms, which will contain from 50 to 70 constructions each.

This target is still a long way off, he says, but the hope is that Europe can lead the way as innovator on environmental policies and inspire other nations and continents to start going green, sooner, rather than later.

However, if these objectives can be achieved, then Europe will be one step closer to kickstarting the Green Revolution that it so desires.