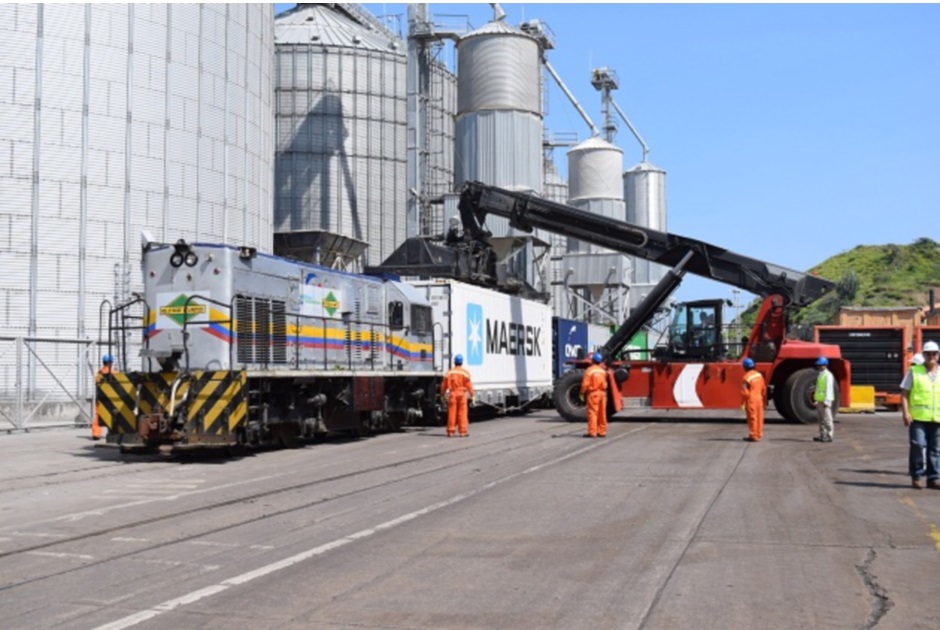 Holdtrade Atlántico, a British multinational corporation, ANI and FENOCO, with the support of Santa Marta’s Port, performed the first train operational test to transport cargo from Magdalena, the capital, to La Dorada, Caldas.
It consisted of an operational simulation carried out in Santa Marta maritime terminal. Its objective is to adjust the off-and on-loading process and entry and exit of the train from the port to its final destination. This test is also aimed at improving the concepts of the train inside the Santa Marta’s Port.
This train, which has 8 wagons, was loaded and unloaded in the maritime terminal to stablish operational times and authentic conditions of the train from its start point to its final destination.
Apart from these 8 wagons, a train engine and other equipment, which objective was, among others, to verify the train conditions inside the port’s area, were used. Wagons were loaded with 6 containers and such load as fertilizer bags, wire rods and others.
Renovation works of the railway line are expected to finish in May next year. Then it will be put into operation. The train goes from Santa Marta to La Dorada, which is 767 kms. As part of this project, Esteyco designed the railway access to the Port of Santa Marta and solved the critical points of La Dorada – Chirguná, as well as the feasibility studies for the construction of the railway deviation between the Quebrada del Doctor and Mamatoco.