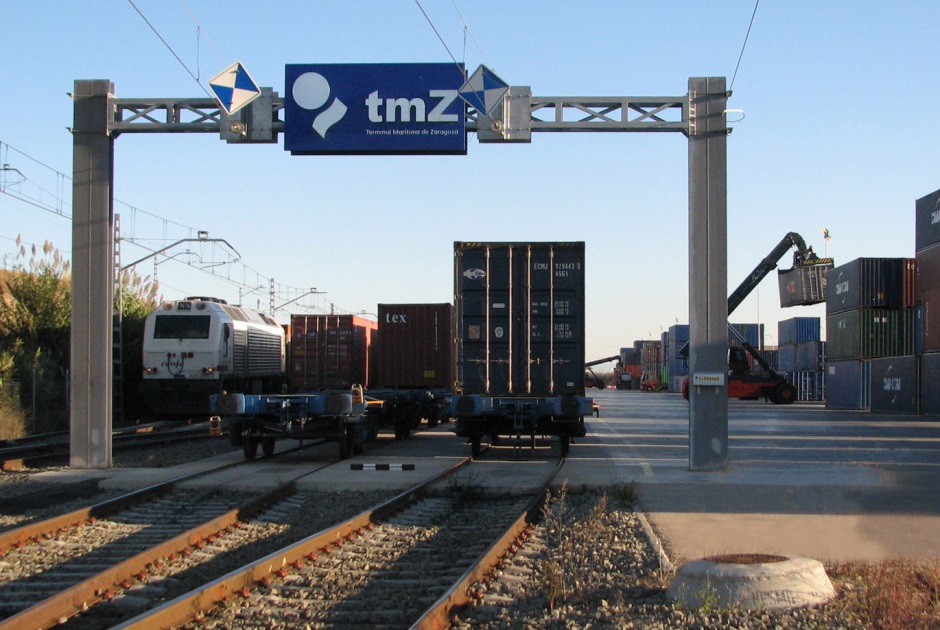 At the end of 2014, the Zaragoza, SL maritime terminal commissioned Esteyco, SAP to prepare the executive project for the enlargement and adapting of the tmZ railway installations and later the management of the project, which finished in December 2015. The project consisted of the enlargement of technical and operational areas to be able to operate trains with a length of 550m in the new operations area.
The railway work consisted of building two new loading/unloading tracks of more than 550 m in the operations area on track on slab without electrification, the creation of new tracks on ballast in the train operational area and the adapting of the existing installations – catenary, railway signalling and track superstructure.
The operations area was enlarged and/or conditioned over an area of more than 37,000 m2 by paving with concrete with fibres for stacking and handling containers with reach stacker cranes. These works included the drainage system, electrical installations, lighting, fire fighting system, a perimeter truck exit road and new parking area for trucks.