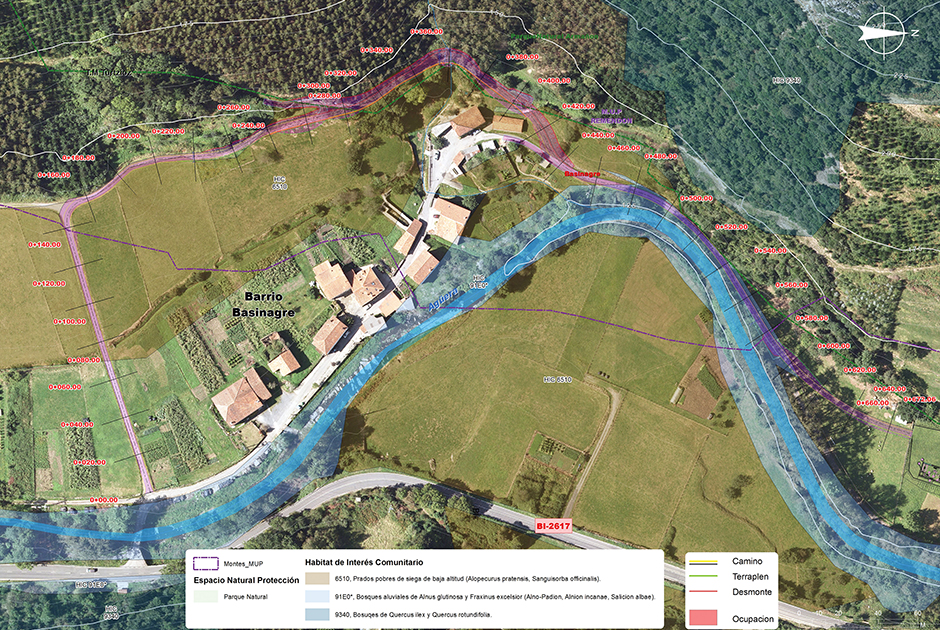 The technical assistance work consists of general consultancy in environmental matters for the revision and preparation of the environmental studies for the sewerage and treatment installations projects as well as environmental tracking and monitoring in the works phases of the projects managed by the Bilbao Bizkaia Water Consortium.
In the studies and projects phases, comparative analyses were made of the environmental conditioners for studies of alternatives, Environmental Impact Studies (San Pedro de Galdames sewerage and WWTP project), for environmental sustainability projects and reports for numerous projects such as the Alameda storm water tank and pumping station, the remodelling and enlargement of the Garaizar DWTP, sewerage in the Barainka, Soluane and Erkiaga districts and the project for the rehabilitation of the Arroyo Lemosas sewerage, among others.
Studies were prepared for handling CDWs, contaminated soil studies, archaeological studies and studies on the effects on plant life and wildlife species with European protectionaround the Undurraga dam and the native crab in the river in the area of San Pedro de Galdames.
To obtain the BREEAM certificate, ecological reports were prepared on special projects such as the visitors’ pavilion in the Galindo WWTP.