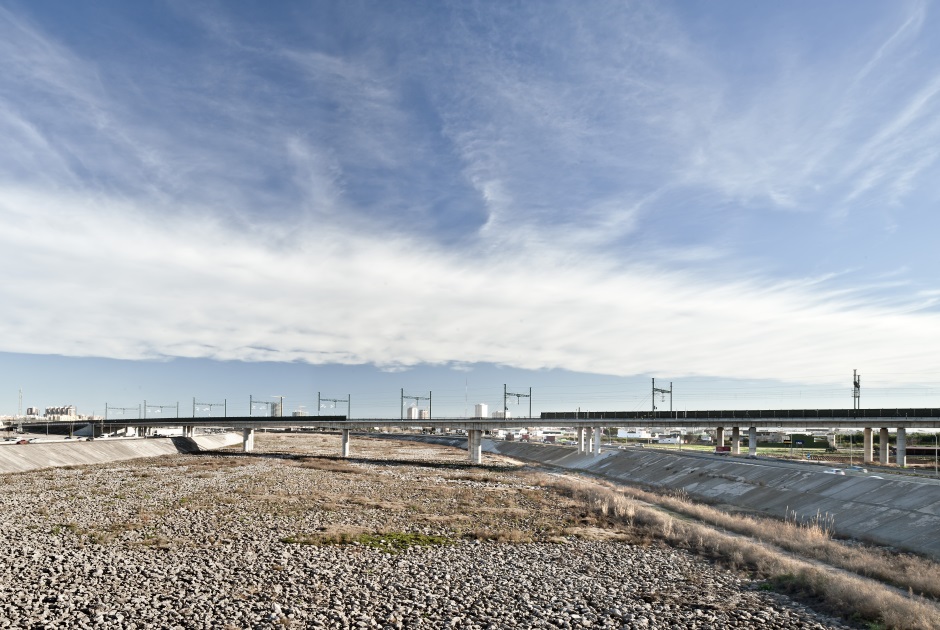 This section, 4.2 km long, forms the direct entry of the high speed line into Valencia by the so-called southern railway node where the Mediterranean corridor, Líria – Utiel and Port of Valencia lines currently meet. It starts by passing the village of Alaquas and the Camí del Realenc with an eastern orientation and runs on land in the River Turia water course. It crosses the Plana de Valencia garden and crosses the Florentina and irrigation canal and the Faitanar track by underpasses. It then crosses the Madrid – Valencia high speed line at the Játiva fork, crossing over the Játiva left track on a pergola which allows the incorporation of these lines as diverted. It is also joined by the Alcacer mixed line next to the right track of the Játiva high speed line and the entire set crosses the CV-36 Torrent motorway on a structure. After crossing the Alquería Bartola gardens, it crosses over the FGV to Villanueva de Castellón on a viaduct, over the V-30 ring road and the River Turia, where it descends on an embankment to the end of the section.

The project includes the viaducts over the River Turia, 572 m long, that of the CV-36 over the Torrent motorway and associated roads (158 m), that of the Turia over the railway to Villanueva de Castellón and carriageways and tracks associated with the V-30, two underpasses for repositioning Colada del Camino de Picanya and the Azagador de Faitanar cattle tracks and  13 culverts, nine for repositioning irrigation canals.