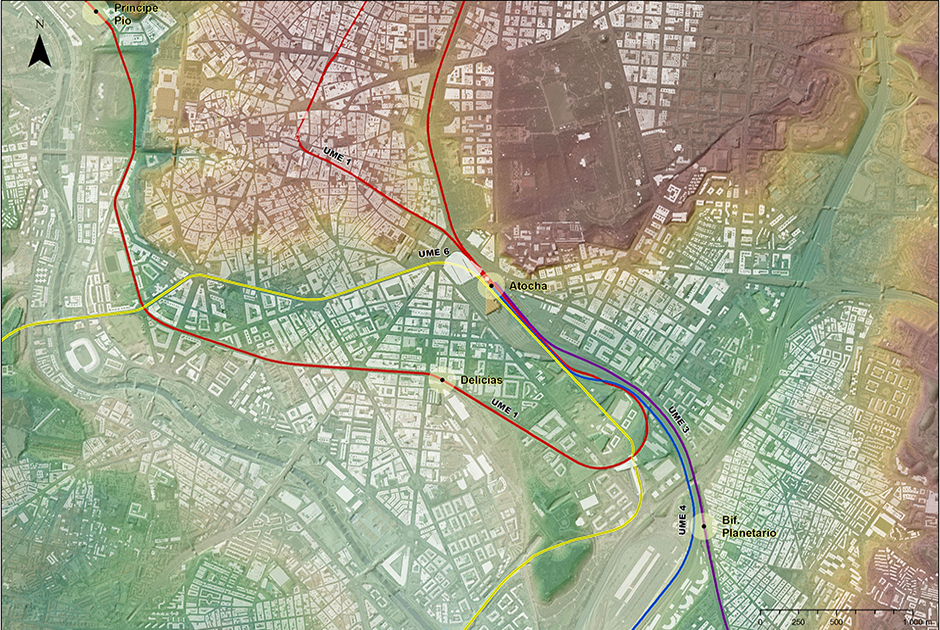 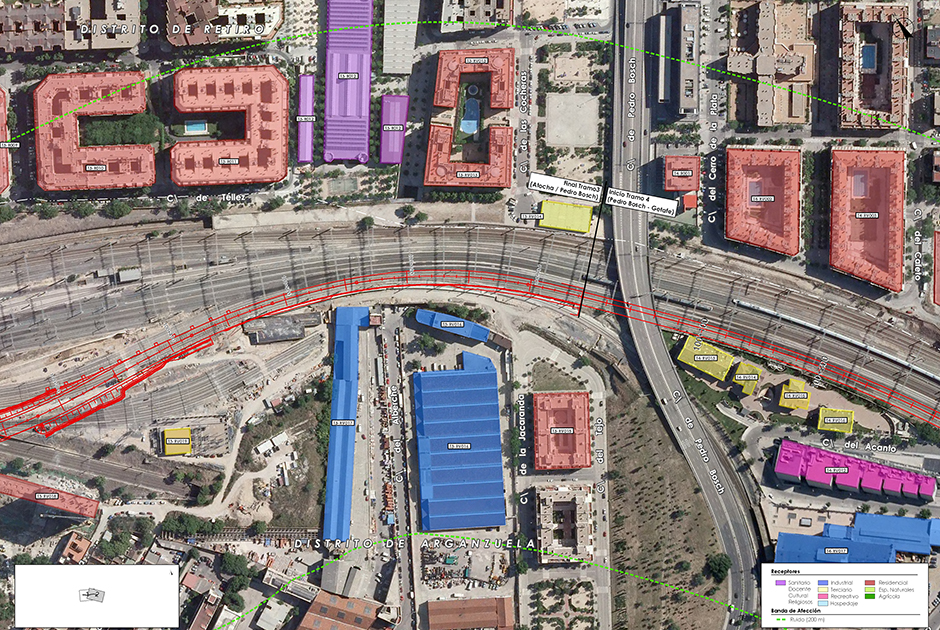 Project of acoustic panels and anti-vibration devices to protect the railway activity along the Atocha – Chamartín high speed tunnel and on the Atocha – Torrejón de Velasco section of the eastern Spain high speed line.
The most important data in the study are: 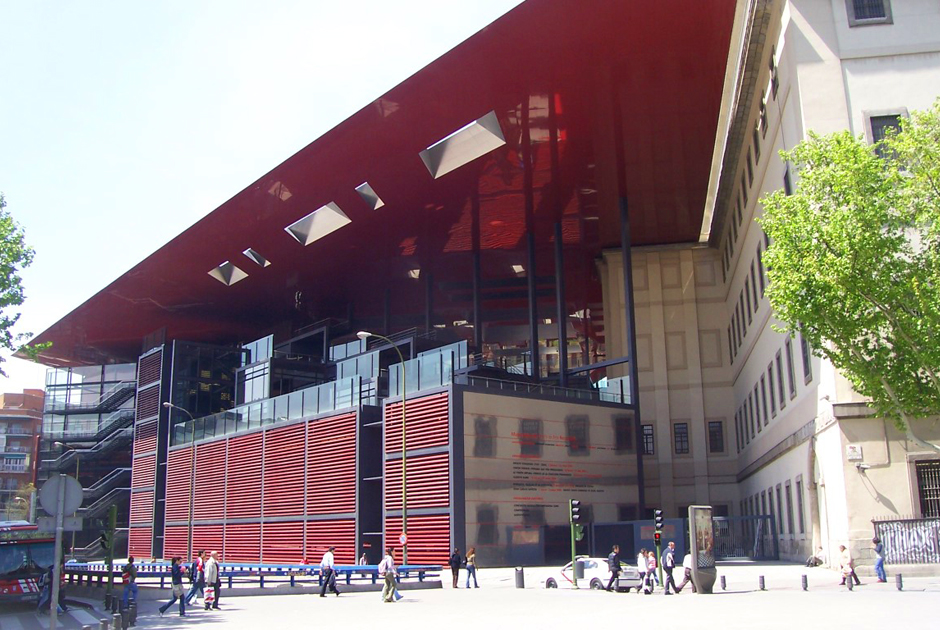 The enlargement of the MNCARS, designed by the prestigious architect Jean Nouvel in collaboration with Alberto Medem (winners of the restricted competition) is a symbolic work that will without doubt become a new step in the important urban transformation operation under way in the museum district of the Paseo del Prado in Madrid. Apart from its architectural singularity, the proposal is notable for its complex and open plan structure. The aerodynamic roof with enormous overhangs, reaching 36 m long starting from a depth of 3.40 m that progressively decreases until it almost disappears, apparently floats over the auditorium, the temporary exhibition rooms and the library. Supported on slim steel pillars with a free height of over 20 m that emerge from its roofs to rise 6 m above it, the building’s general roof covers almost 8,000 m2 in plan of the built-up site.
Without doubt the most notable feature is the isolated volume of the auditorium, with organic forms and clad externally with deep red polyester sheets. Structurally, it is supported on two concrete diaphragm walls of thickness varying between 1.15 and 0.85 m and 8 m long, partially pre-stressed, located eccentrically and in contact with the exterior floor structures in some parts only at certain levels. Powerful concrete beams 0.85 to 0.50 m thick and strongly reinforced and pre-stressed, emerge from these diaphragm walls as “outspread arms” curved in plan to carry the load of the auditorium located in front of the main diaphragm walls.
The structures of the temporary exhibitions building, 56 m x 24 m, and of the library, 62 x 90 m, are of steel porticos and composite decking. 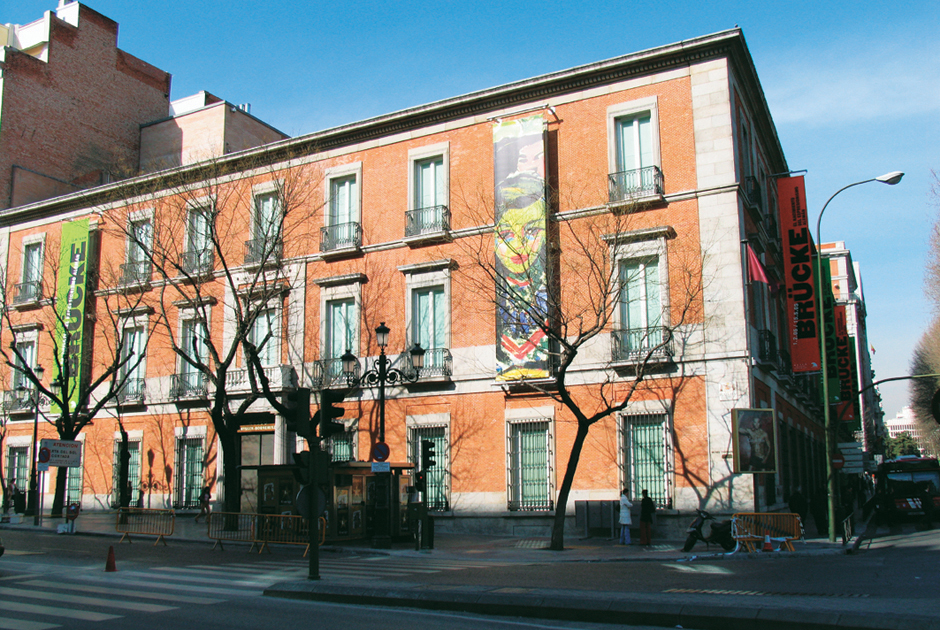 The museum to house the Thyssen-Bornemisza collection in Madrid, designed by the architect Rafael Moneo, consisted of the remodelling of the old Villahermosa Palace. Esteyco developed the design of the structure and the project management in collaboration with the engineering company Ove Arup & Partners. 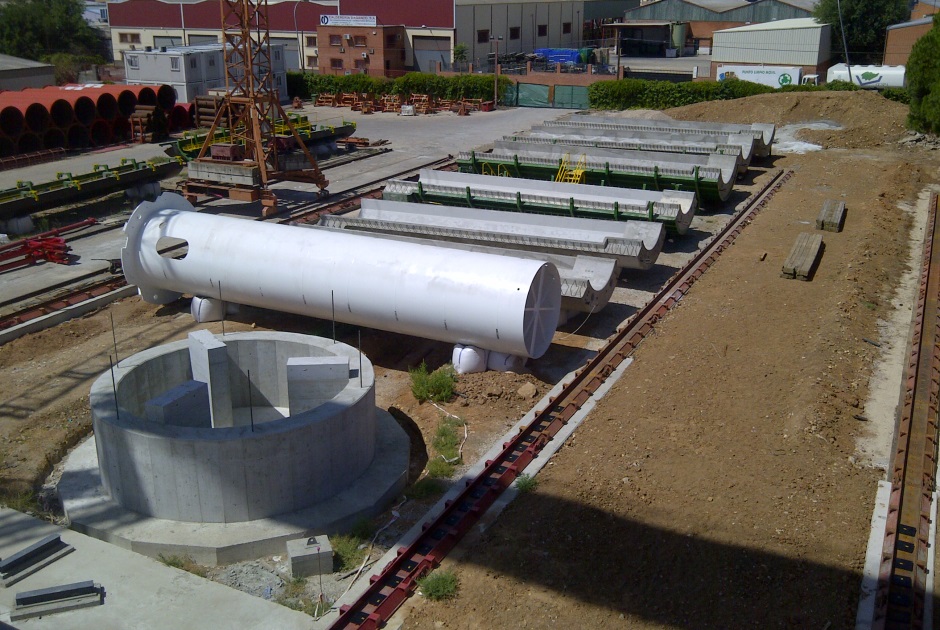 ESTEYCO is pioneer in the development of a new technology of telescopic tower for the wind energy market, which provides great advantages for both onshore and offshore sectors.

In the frame of EUROSTARS R&D Program, this project was ranked #1 among more than 100 Wind Energy projects in Europe, having being granted a budget of roughly 1M USD. This budget allowed to build a 1:1 scale prototype, specifically built for testing and tuning the technology, involved in all the activities needed for the manufacturing and erection of the tower. All of them were certified by GL.

For the onshore sector, this solution allows to perform any lifting operation at a maximum height of 40 m, reducing the crane cost, because it will be possible to use a telescopic boom crane, much cheaper and easy to install than a lattice one. The hub heights reachable are over 160 m and the turbine power can exceed 5 MW.

The prototype was made out of 2 concrete levels (each of them formed by 3 single panels) and a top steel level in order to test the feasibility of a hybrid solution. The length of every level was designed around 15m and the cross section geometry at the tower base was the one that would be used in a 100m tower. 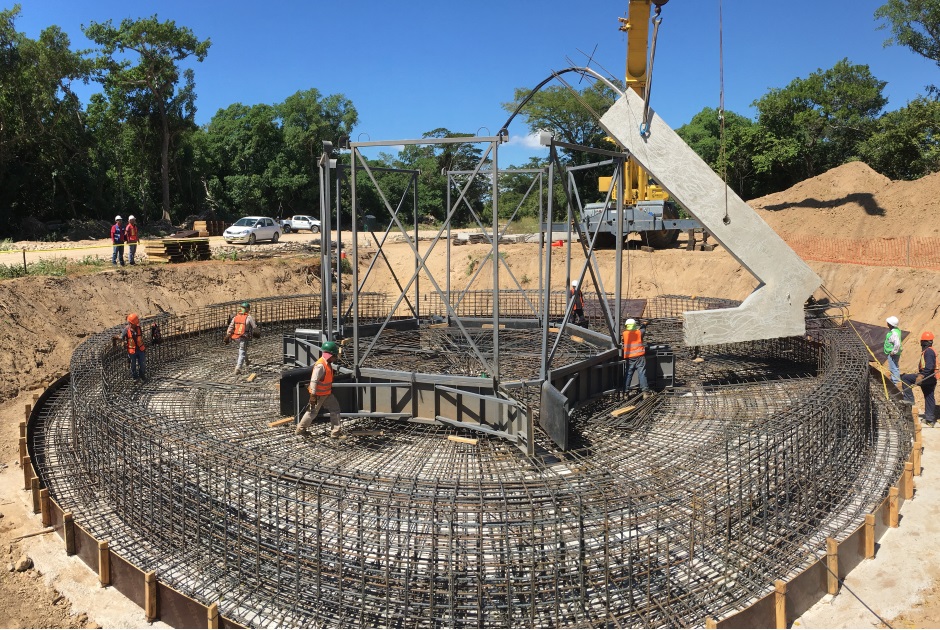 Thanks to the program EEA GRANTS, ESTEYCO has carried out the development of a partially precast foundation using braced foundations (Jabalcones). This is an innovative technology which has already been validated, certified and tested successfully.

This concept uses the extensive experience of ESTEYCO in the design of conventional foundations and precast concrete towers for wind turbines. The result is an optimised foundation that combines the sturdiness and efficiency of precast concrete elements for gravity based foundations design. At the same time, it means a 40-50% effective reduction on concrete and steel measuring and a 25-40% cost reduction.

Consequently, this concept avoids the use of large amounts of concrete -used in standard foundations. At the same time, it reduces the construction time since braced foundations are made up of precast concrete. This means that on site concreting should only be made on the slabs and the central ring.

These reductions both on material and construction time result in wind turbine installation cost reduction. This naturally results in CoE reductions for the whole wind farm and, at the same time, it increases its competitiveness when compared to other energy sources.

Furthermore, the decreasing amount of concrete used for foundation has enabled to increase the hub height up to 5 meters, which results in a significant increase of annual energy production.

The foundation proposed can be applied both to the surface gravity based foundations and deep foundations. Moreover, its capability of adaptation to diverse geotechnical surroundings with different mechanical properties in their ground and which require different foundations is clearly demonstrated.

At last but not least, this new foundation will mean a higher industrialization degree for the sector, since it makes possible to achieve a ratio of construction of 3 foundations per week in an only line of production.