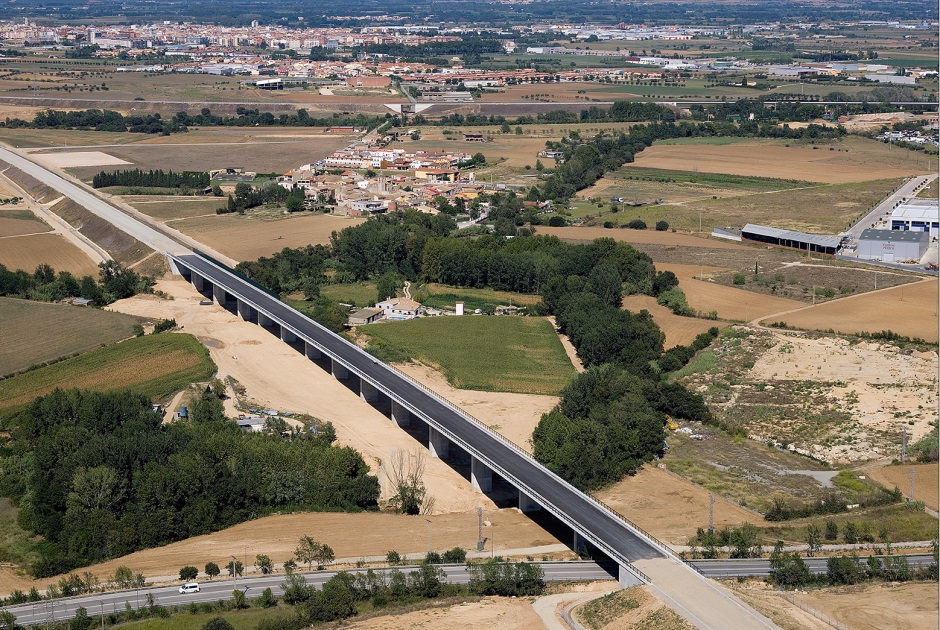 High speed section 7.5 km long running to the south of Figueres in the AP-7 motorway corridor. In its first section, between Can Vicent (Bascara) and the AP-7, it crosses the agricultural land of Pontós, the rivers of Can Fares and Santa Ana and the Pla d’els Caboters on viaducts and the GIV-5125 and A-2 roads with an underpass and a viaduct. The alignment then runs over the Mas Moliner plain, crossing the Rec de la Font Vella on a viaduct and the A-2 road in on an overpass.
The transverse permeability of the water system is assured by three viaducts over the Can Fares river (100 m), the Santa Ana river (220 m) and the Rec de la Font Vella (45 m) and seven culverts on the trunk. To ensure the transverse permeability of the land and the road infrastructures, three viaducts are planned, Pla d’els Caboters (457 m), A-2 road (45 m) and the AP-7 motorway (130 m), one overpass and five underpasses.
Photo:©tafyr.es