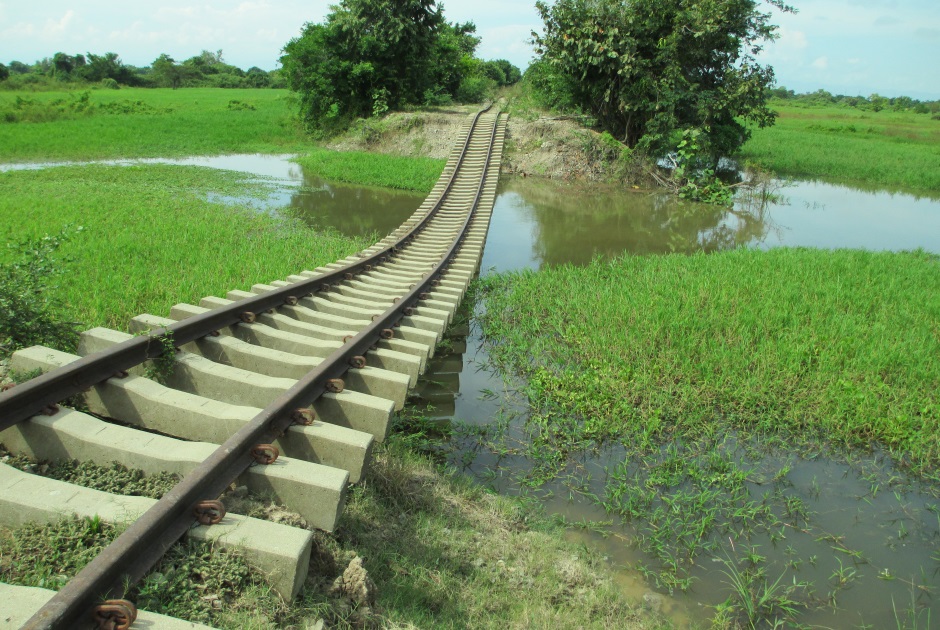 During 2010 and 2011, Colombia suffered its most devastating natural disaster of the last 40 years, the La Niña phenomenon. Its effect was such that it overwhelmed the normal response capacity of the state, leaving more than 700 municipalities affected and communications systems seriously damaged.
In 2013, the Unión Temporal Ferroviaria Central commissioned Esteyco to design the solutions for preparing and protecting an initial set of 50 (successively increased to 70) critical points identified along the alignment of the central railway system running parallel to the River Magdalena. The repairing of these affected points allowed the resumption of railway traffic on a section of track of more than 500 km crossing the departments of Antioquia, Santander, Cesar and Bolivar, essential for the coal trade.
Given the features of the sitesand logistical difficulties of access, all the works were designed to take maximum advantage of the area and to favour its integration into the natural environment. The actions designed included the application of high performance geo-synthetic materials (geo-cells and geotextiles) to protect the abutments of bridges, the stabilising of hillsides affected by mass movements, the improvement of the track drainage and the reinforcement of the platform. 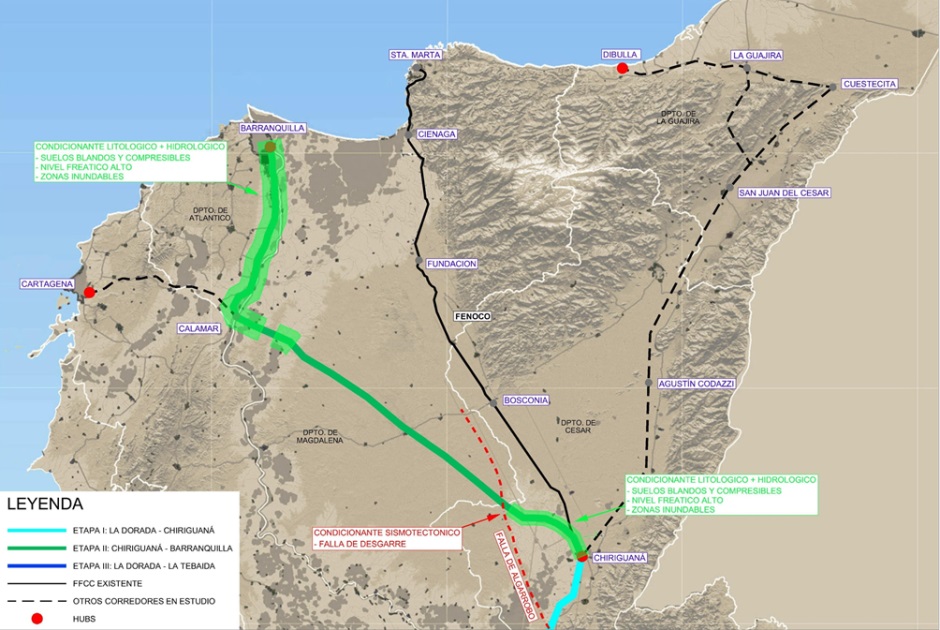 In April 2011 Mariverdo Ltd presented the private initiative for the reactivation and construction of a railway corridor along the country’s “backbone,” connecting the interior with the Atlantic coast, the Pacific coast and the centre-north with the possibility of reaching the eastern plains. In July 2012, the National Infrastructures Agency (ANI) replied to the Mariverdo application, requesting more information. With the technical assistance of Esteyco, Mariverdo complemented the technical pre-feasibility study for the private initiative with additional studies to respond to the request from the ANI.
Four sections of the initiative were analysed in the review, from the railway, geotechnical, environmental and social points of view.
• La Dorada – Chiriguaná: rehabilitation of the line, operation in narrow gauge and change to standard gauge.
• Chiriguaná – Caribbean: analysis of corridors.
• Central connection, Buenos Aires – La Tebaida: feasibility of the tunnel.
• Granada – La Dorada: environmental and social analysis.
After the analysis a strategy from a technical and economic point of view was proposed for putting it into service in stages based on the gauge, the rail, rolling stock and the trains’ load cycle. 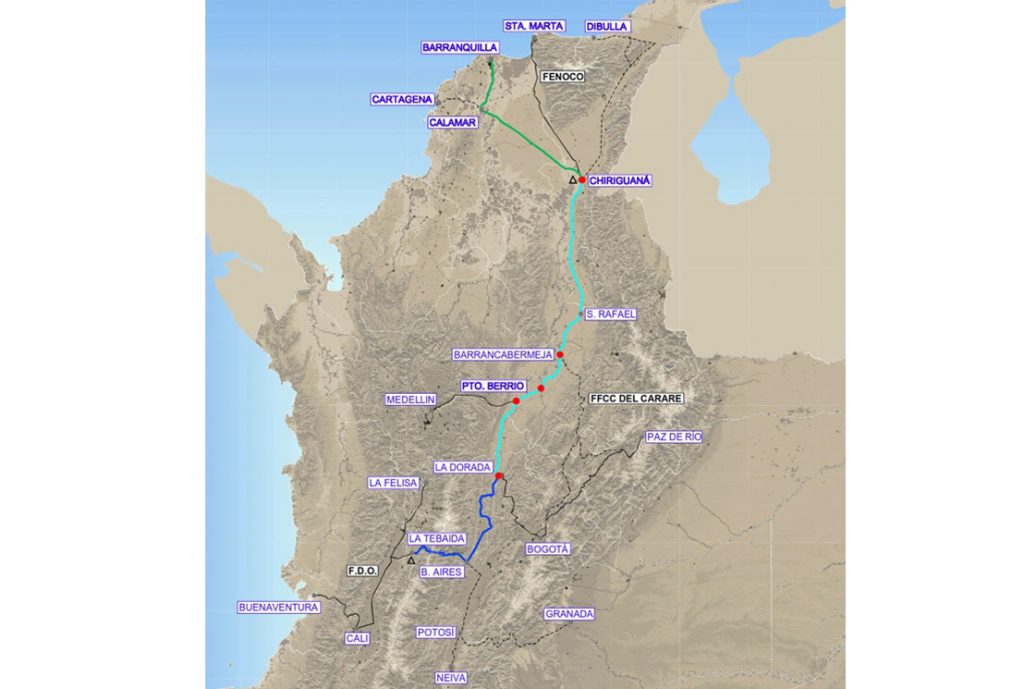 During 2010 and 2011, Colombia suffered its most devastating natural disaster of the last 40 years, the La Niña phenomenon. The effects were such that they overwhelmed the normal response capacity of the state.
The project provides solutions to repair and protect a set of seven critical points identified along the alignment of the Pacific railway system in the Cauca valley area. These points were the cause of the interruption of the system’s service, operated by the company Ferrocarril del Pacifico, SAS.
The work is part of  the emergency works promoted by the Adaptation Fund that the national government created as the institutional mechanism for identifying and prioritising needs in the winter recovery, construction and reconstruction phase to mitigate and prevent risks and to protect the population from the economic, social and environmental threats.
The main measures designed include the protection of water courses and streams near the track, the stabilising of hillsides affected by mass movements and the improvement of the platform’s culverts and longitudinal drains.
Given the features of the medium and logistical difficulties of access, all the works were designed to take maximum advantage of the environment and to integrate into the natural environment. For this, bio-engineering and natural engineering works have been implemented.