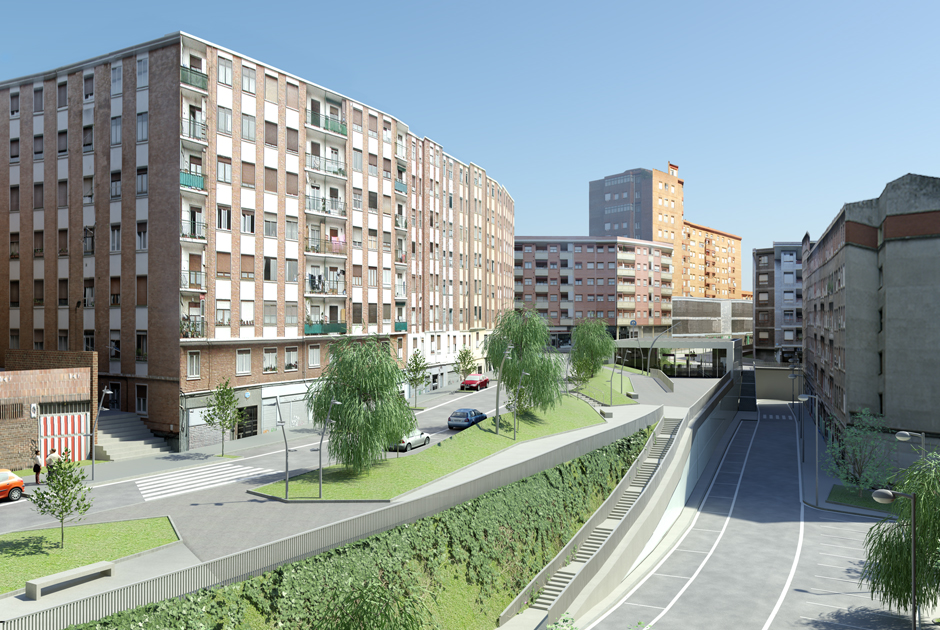 The proposal for remodelling Matiko station is framed within the project to build the new Artxanda tunnel on the Deusto-Lezama line in the municipality of Bilbao. The existing station is the subject of remodelling due to the new railway alignment that will connect Bilbao with the airport in Loui.
The project involves the improvement of all the installations and services for passengers – platforms, signalling, lighting, monitoring and control installations and adapting for handicapped users. 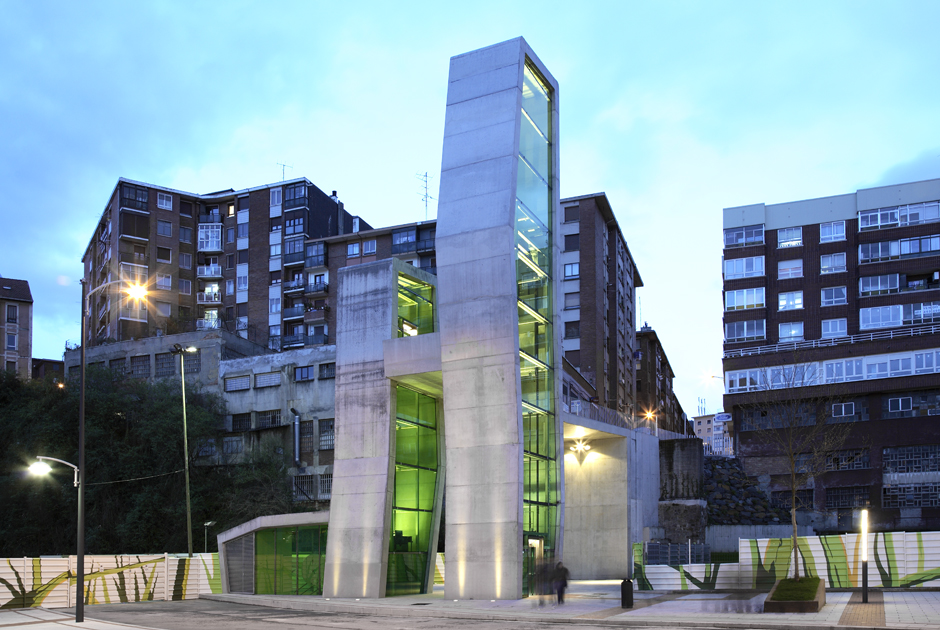 The solution proposed to resolve the continuity of the urban section consists of creating a large park on the hillside that serves as the support for all the elements for communication between the various points of the area, allowing pedestrian movement by creating paths, raised walkways, ramps and stairs. The proposal had to allow access without architectural barriers between the various streets and make the solution compatible with a complementary access to the three levels of underground car park below the Avenida del Ferrocarril.
This project develops the solution for the connection between the Calle Padura and the Avenida del Ferrocarril with the construction of a vertical communication core consisting of two lifts for the independent use of the car park and pedestrians and connected in the Calle Padura with a pedestrian walkway three metres wide. The core is located on the space reserved for an emergency exit from the car park, supported on concrete walls that form the shaft. It was necessary to make the two lifts independent by building two concrete towers separated by the walkway and supporting it. The lower tower, 14 m high, includes a lift connecting Padura and the car park. The higher one, 22 m, protrudes over Padura as the special element of relationship between the high part of Irala and the area of Ametzola.
The two towers, the walkway and the car park exit building form a single element built concrete and coloured glass located in a strategic point at the end of the avenue and with the future Irala park as the backdrop. 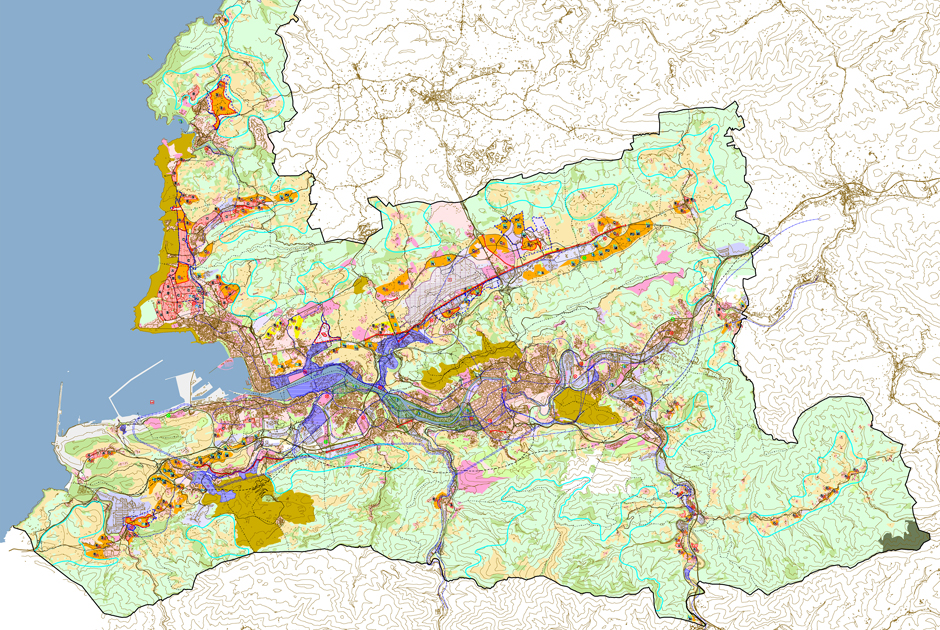 Bilbao is the most populated city in the Basque Country region. The Bilbao metropolitan area runs along the River Nervión and covers approximately 500 km2 with a population of over 900,000. The foundation and development of the city are directly related to the existence of the estuary and port. Currently, the Basque Country zoning regulations delimit the Bilbao metropolitan area as a functional area, a geographical area that includes 35 municipalities. The city of Bilbao and its surroundings are in a full process of economic outsourcing due to the crisis in the steelmaking sector that greatly affects the economy of this region. Urban regeneration projects linked to the transport system have given value to this city as an international model of development.
The Bilbao metropolitan partial zoning plan were developed by the DOTs in the Bilbao functional area. This type of general planning contains items such as the analysis of the current state of the area regarding the economic situation and the possibilities for development and the space suitable for supporting large transport infrastructures.