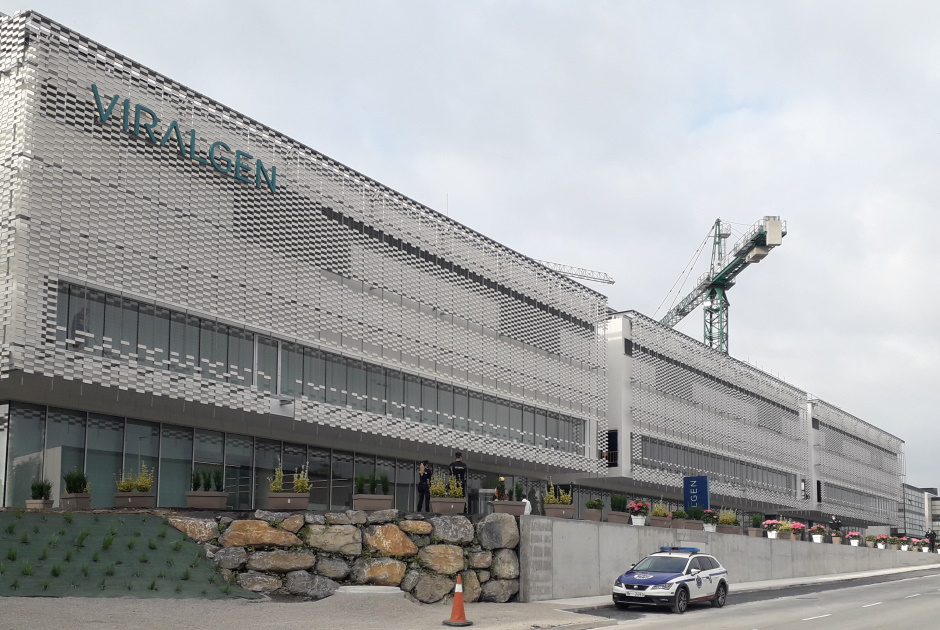 The inauguration event of the first building of the Viralgen’s production plant in San Sebastián took place last Wednesday, 30th June 2021. It is located in the same technology park as the company’s current facilities, and dedicated to the production of vectors for gene therapy treatments, which contribute to the advancement of human well-being.
Viralgen was born from the association between Askbio and Columbus Venture Partners in 2017 and in 2020 it was acquired by Bayer.
The inauguration was attended by the Lehendakari, Iñigo Urkullu, the Minister of Science and Innovation, Pedro Duque, and the Minister of Economic Development, Arantxa Tapia, among other institutional representatives. It was hosted by Viralgen’s CEO, Javier Garcia, Bayer Pharmaceutical Division President, Stefan Oelrich, AskBio Co-Founder and CEO, Sheila Mikhail, and Professor Jude Samulski who is the production technology developer.
Esteyco has carried out both the final design and site works management in the construction phase of the production plant, which has involved an investment of 70 million euros in its first phase and for which it is estimated 120 million euros for the completion of the plant.