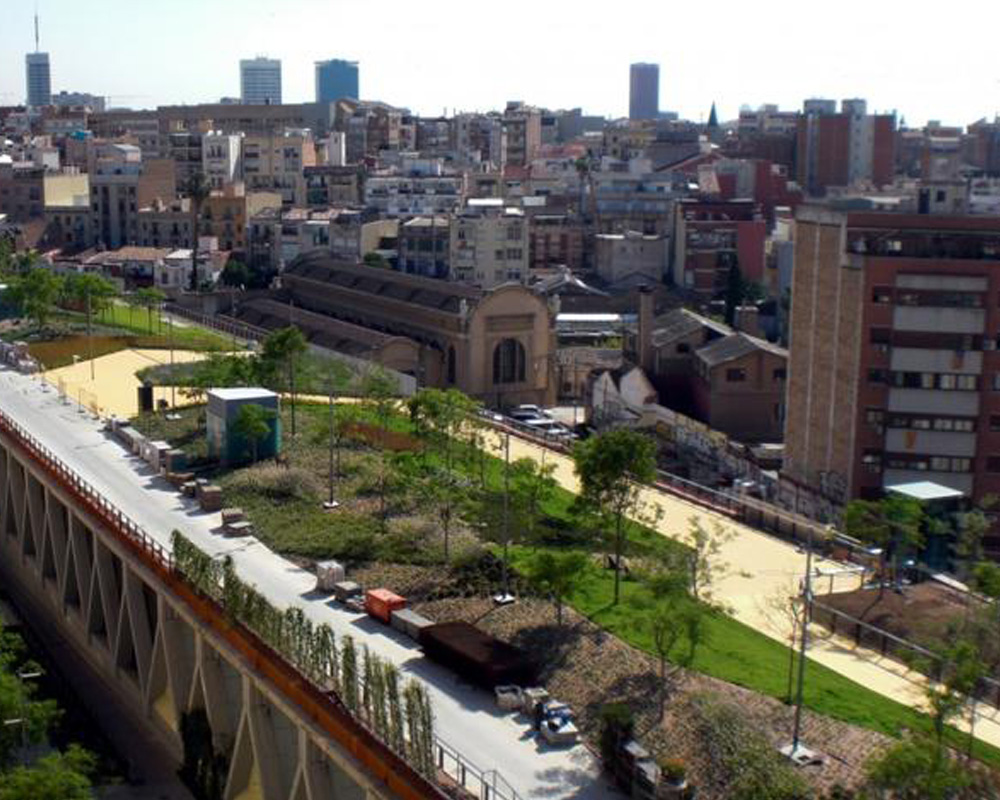 The gardened roof of Sants was officially opened on 20 August.
The Festivities of the neighborhood of Sants began with the inauguration of this green corridor. It is a 800 linear meters area over the railway corridor which makes possible to create a high-quality space and, at the same time, it transforms a degraded area -due to the intrusion of the train- into a long walkway known as “Jardins de la Rambla de Sants”.

Esteyco carried out the different construction projects which, since 2005, have made possible to successfully develop this urban project so important to the city of Barcelona, which has created more than 33,000 m2 of high-quality public space.