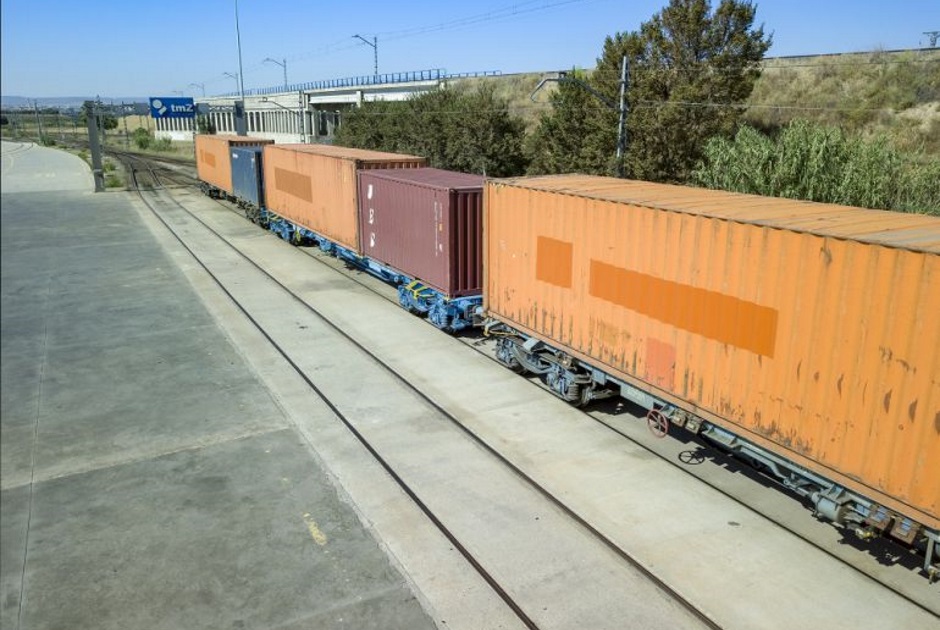 A train with 15 containers has left this week from Zaragoza’s Maritime Terminal for the first time heading to Xinjiang, a region of China, and will load cargo in Germany and Poland. The 24-day trip, performed 6 months after the arrival of the first train coming from the Asian country in December 2017, will take less than half of what it would have taken by sea.
The project and works site management for the extension of the Zaragoza Maritime Terminal was performed by Esteyco in 2015. It consisted of the implementation of two new charge/discharge tracks of more than 550 m in the operational area over non-electrified ballastless track system, the creation of new ballasted tracks in the technical area to ease operations to this kind of trains and the adaptation of the existing facilities in the catenary, railway signs, as in the superstructure of the track.
The classification yard has been extended more than 37,000 m2, through fiber concrete pavements to store and handle containers by means of reachstacker cranes. These works included the drainage network, electrical installation, lightning, network against fire, as well as a perimeter way out track for the trucks and a new truck park.