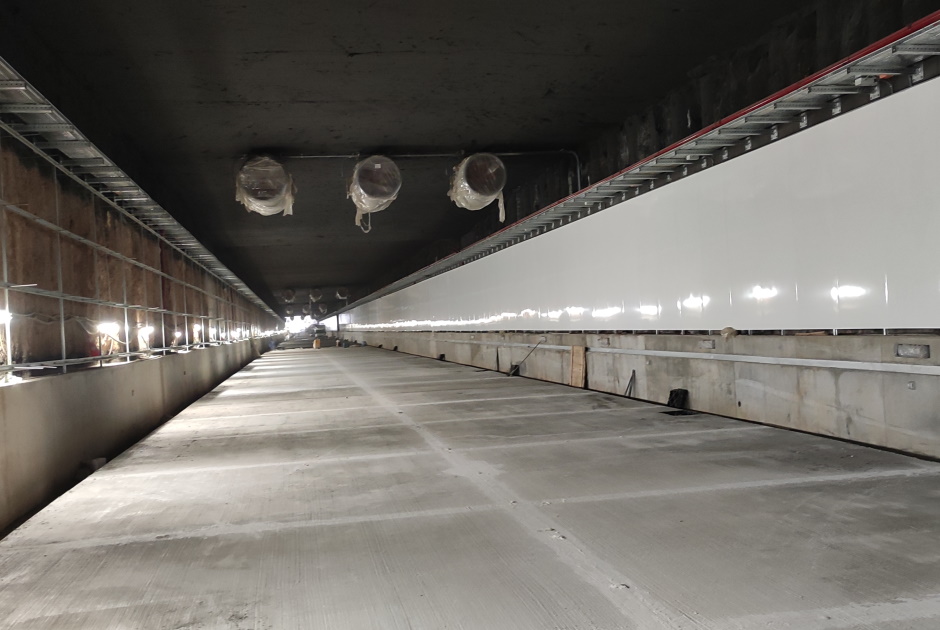 As announced by Ada Colau, the Mayoress of Barcelona, during her visit to the works of the Glòries tunnels on April 22, the seaside tunnel gallery will be put into service next September. The mountainside gallery will enter into service in December.

The execution works for the Glòries tunnels are entering their final phase. With the engineering works mostly finished, the execution works of different installations systems as well as the architecture and finish of the tunnel are currently being undertaken.

Glòries tunnels are made up of two independent 957m long galleries, with 3 lanes in each direction, going under 4 existing railway tunnels. At its lowest point, the tunnel is 30m deep standing 15m below water level.

The tunnel execution works began in 2015 and have involved a total investment of 192 million euros.
ESTEYCO is the author of the construction project and has participated in the different phases of the works execution as Technical Assistance to Property. Furthermore, it took part of the Construction Management team.