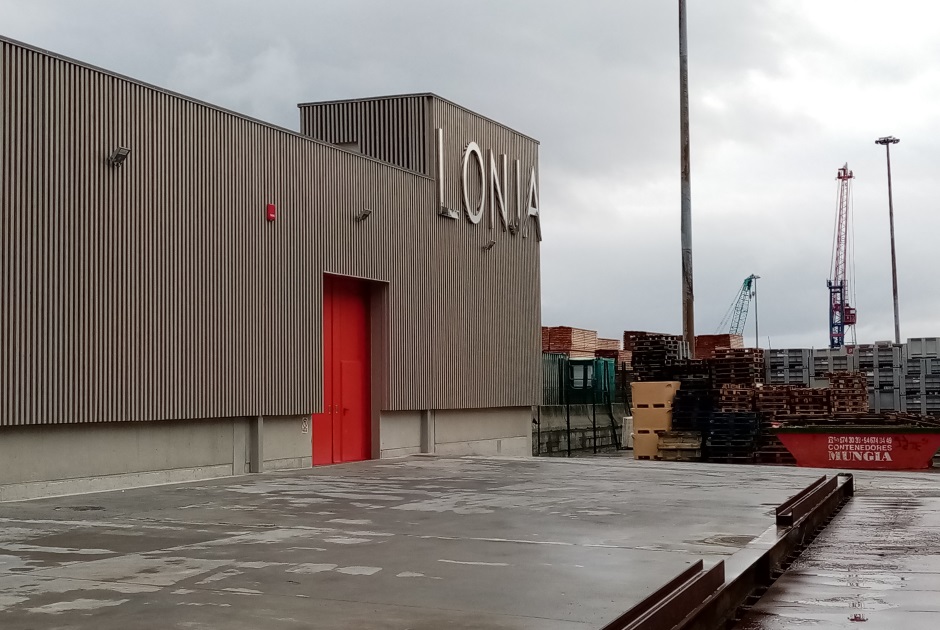 The extension works of the Fish Market in Bermeo Port have been completed after six months of work and a total budget of 1,014,132 euros. The new building, which is characterized by a ventilated lattice façade made of wooden slats finished in ash gray, respects the existing building, so that the new and the old blend architecturally. After the extension, the Market has a constructed area of approximately 3,300 m2, with 2,650 m2 on the ground floor.

The building will host the ice factory and the three storage modules for fish boxes and tubs that are connected to the existing building by a communication axis next to the cliff, where the boxes, ice and fish will circulate. This will also allow its use for fish auction, in case of exceptional fish catches. With the transfer of the ice factory to the new location, the Bermeo fishing sector -composed of 24 boats and 130 fishing boats-, mainly dedicated to mackerel fishing with hook and bonito, will benefit from a new space for storage and cleaning of containers for the fishermen’s association. All this favouring the comprehensive development of the fishing municipality.

Esteyco has performed its site works project management which have been completed on schedule, despite the difficulties of the current health situation.

Promoter: Ports and Maritime Affairs Directorate of the Economic Development Department, Sustainability and Environment of the Basque Government