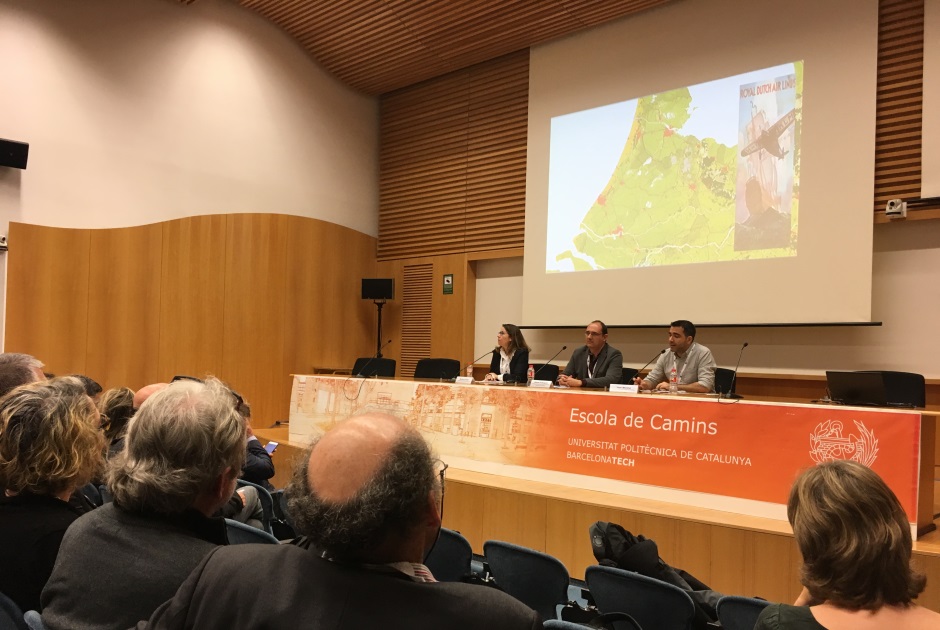 Last 7th and 8th March, took place the Tram-City conference, organized by the Polytechnic University of Catalonia (UPC), through the Sustainability Institute and the Technical School of Civil Engineers of Barcelona with the support from the Barcelona City Council and the Infrastructure Circle.
The conference, which was inaugurated by Samuel I. Schwartz, chief engineer of the New York Department of Transportation between 1982 and 1990, was attended by urban transport experts from 6 different country cities which had been invited. The focus of the debate was the innovative analysis from the academic, administration and transport operators point of view, the role that the tram can play in the framework of urban policies “to reach a new model of city capable of fulfilling the commitments of air quality and mitigating climate change. ”
The event, moderated by Daniel Rodríguez from Esteyco and professor of urbanism at the Polytechnic University of Barcelona, exposed its experiences in the Dutch cities, giving the floor to Joan Moreno, who explained the close relationship between mobility and urban planning that exists in the Netherlands, and to Mariana Faver, a researcher at Delta Metropool association, who explained the mechanisms of urban management in the new growth areas of cities based on the implementation of public transport as the backbone of their management.