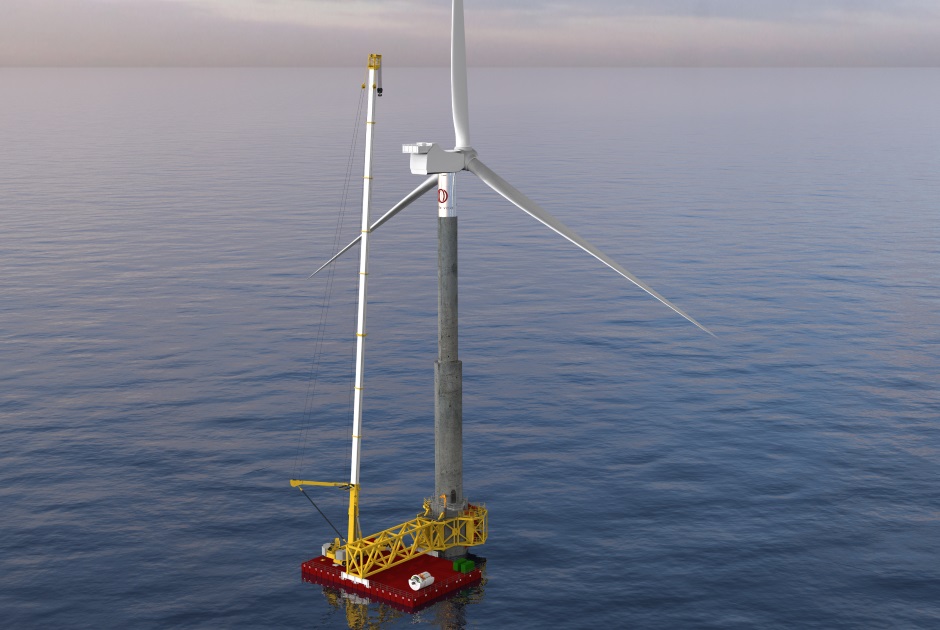 Esteyco, in its commitment to reducing offshore wind energy costs to make it affordable to society, is developing the engineering works for its new project called ATOMS (Auxiliary Towable Operation and Maintenance System for offshore wind towers) since 1st September 2020. This pioneering solution deals with the design, certification, construction and prototype of a real-scale system to perform the so-called Large Corrective Maintenance actions for offshore turbines without depending on scarce and costly jack-ups or vessels thus reducing O&M costs in offshore platforms.

Currently, OPEX accounts for approximately 30% of the cost of offshore wind energy and is thus a critical factor in the path to further reducing the cost of this strategic energy source. Nearly half of this OPEX is dedicated to paying for the large jack-up vessels that are, as of today, the only option to perform any so called Large Corrective Maintenance (LCM) interventions, dealing with the replacement and handling of major components of offshore wind turbines.

Therefore, in an attempt to provide a solution to this situation, the ATOMS technology arises to demonstrate and provide a simple and yet breakthrough solution to one of the key unsolved technological challenges for the future of the offshore wind sector: how to perform on-site Large Corrective Maintenance operations in floating wind turbines.

To this end, Esteyco has been funded by the European Commission through its European Maritime and Fisheries Fund (EMFF) program and its Blue Economy call for a total of €3,545,109.02€.