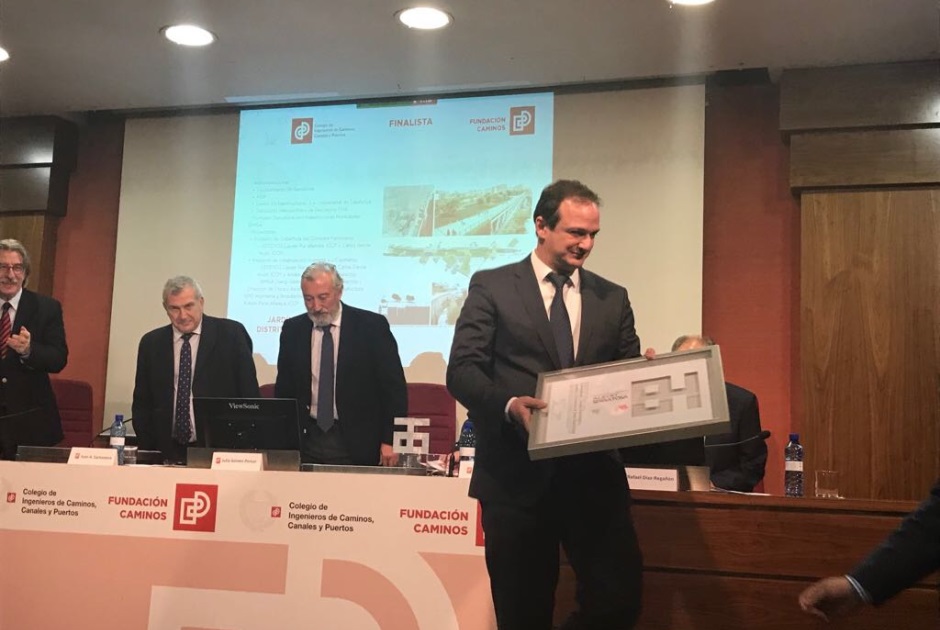 With this Award, it has been highlighted the figure of Albert Serratosa for his social and humanistic commitment that consisted in building an organized and habitable territory for all. The prize of the contest was awarded to the City Council of Hospitalet for the Coverage of the Gran Vía, in Plaza de Europa.

On the part of Esteyco, collected the mention of Finalist, Carlos García Acón, General Director of Esteyco.