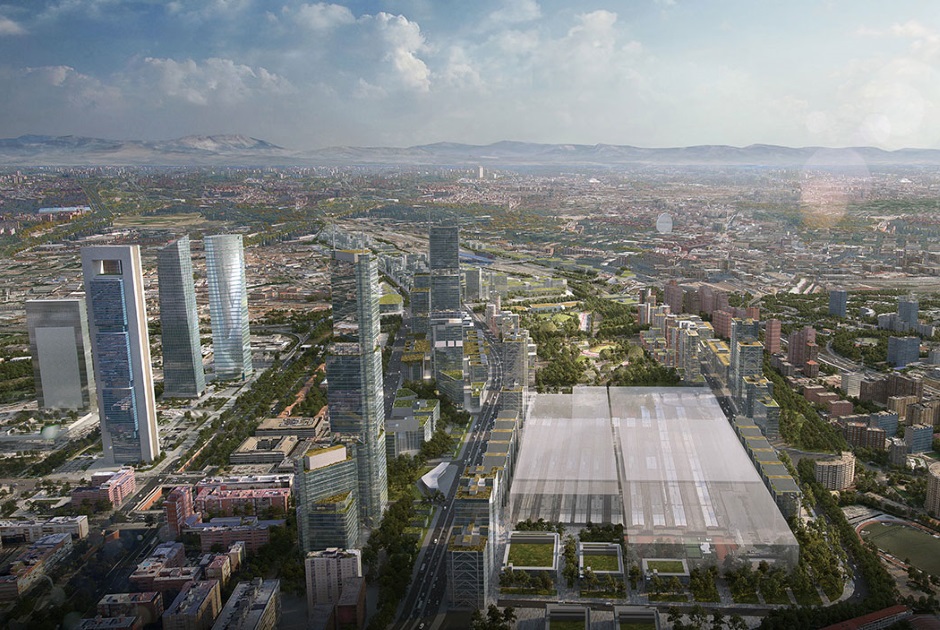 The remodelling of the Chamartín station, estimated at about 1,000 million euros, is part of the previously called “Operation Chamartín”, an urban megaproject now called ‘Madrid Nuevo Norte’. This project which was approved by the Administration some months ago after two decades of waiting. The action seeks to create one of the most advanced urban interconnection hubs in Europe.

For the design of the new terminal, which came into operation in 1975, the Railway Infrastructure Administrator (ADIF) opted for an international tender. After submission of offers on July 8, 2020 by 18 groups of companies, the results for the 1st phase of the procedure has just been published. The Consortium formed by ESTEYCO, UNStudio and B 720 ARQUITECTURA SLP has been ranked first in the classification of the total score of economic, financial and technical solvency , with 9,296 points out of 10 possible.

For the 2nd phase of the procedure, 10 highest scored candidates will now be invited, simultaneously and in writing, to present their proposal anonymously within a period of approximately five months.

This 2nd phase will be decided by a jury made up of members of the Ministry of Transport, Mobility and Urban Agenda, ADIF and High-Speed ADIF, North Castellana District (DCN), the local and regional Administration and professional associations. They will choose the best design and solution, whose valuation will represent 90% of the final score, while the remaining 10% will be related to the economic offer.