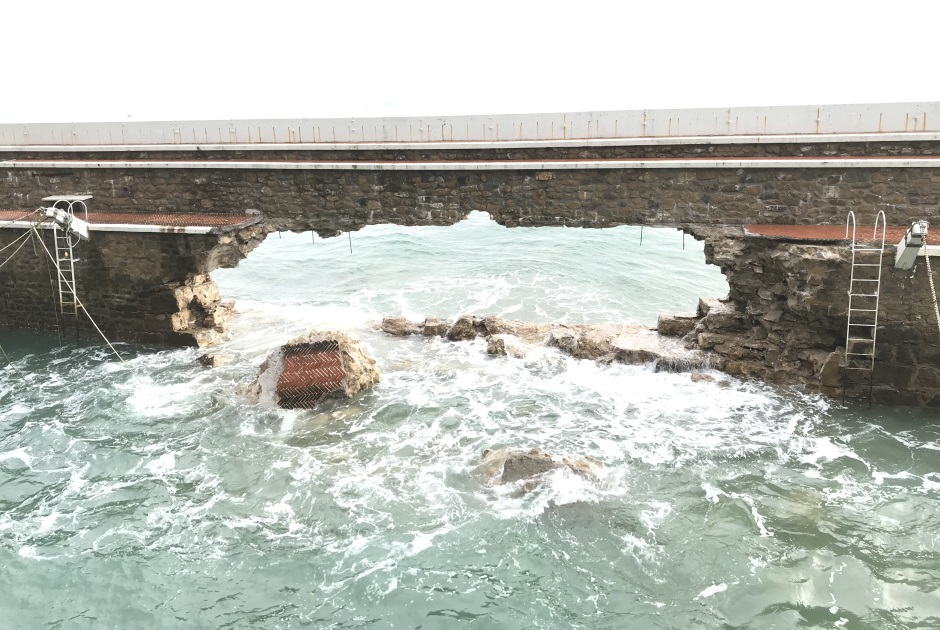 After the storm of February 12 on the Gipuzkoan coast, which which caused havoc at the outer harbour wall of the Port of Zarautz, Esteyco has been hired by the City Council as a specialist in structures to carry out the recovery of the said outer harbour wall in the area of the Marine Pools of Zarautz , a landmark for swimmers in Zarautz.