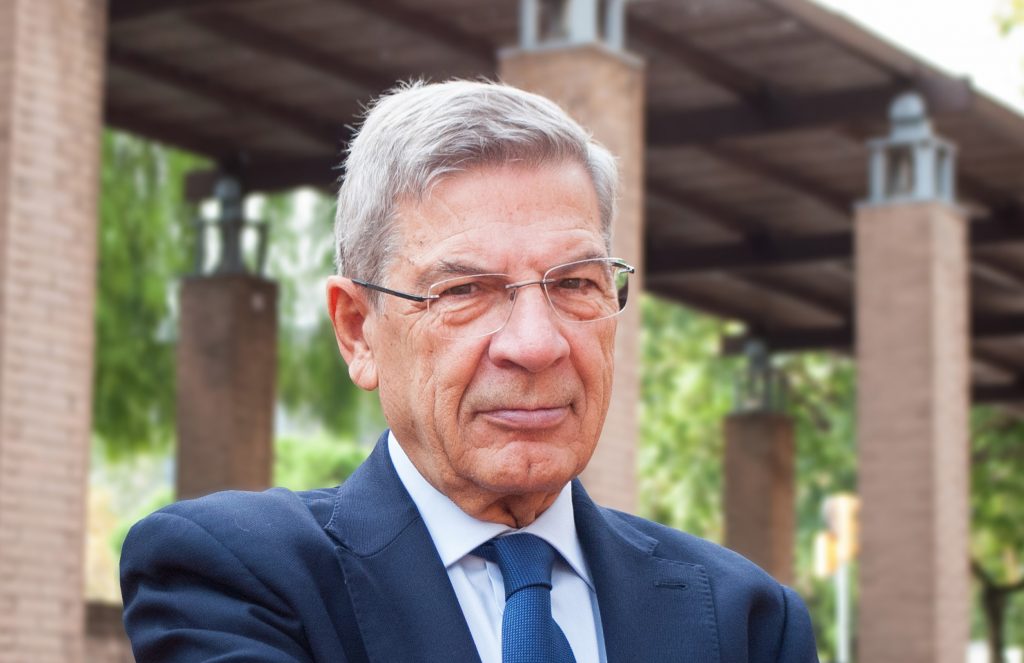 He was born in Gernika in 1942. MSc Civil Engineer from the Polytechnic University of Madrid. His professional career started with the South Plan of Valence and at the Freyssinet office in Paris (1969). In 1970, he founded Esteyco where he managed a multidisciplinary team of professionals with permanent offices in Barcelona, Madrid, Bilbao, Bogota, Mexico, Chile and Brazil, apart from its presence in many other countries. He has developed over 800 projects, construction projects and R&D projects.
For 17 years, until 1991, he was a Lecturer in charge of the Course on Bridges and Metal Structures at the Madrid School of Civil Engineers. Honorary professor at the Polytechnic University of Catalonia. Speaker at numerous conferences at national and international level. President of the Spanish Association of Engineering consulting firms. Member of honour and ATEP medal for his contribution to the development of pre-stressed concrete in Spain (1987). Professional Merit Medal (1992) and Medal of Honour (2013) from the Spanish School of Civil Engineers. Ildefonso Cerdà Medal 2015 from the School of Civil Engineers of Catalonia. 2016 National Civil Engineering Award. Numerary member of the Royal Academy of Engineering (1998). He is also President of the ESTEYCO Foundation which he created in 1991.