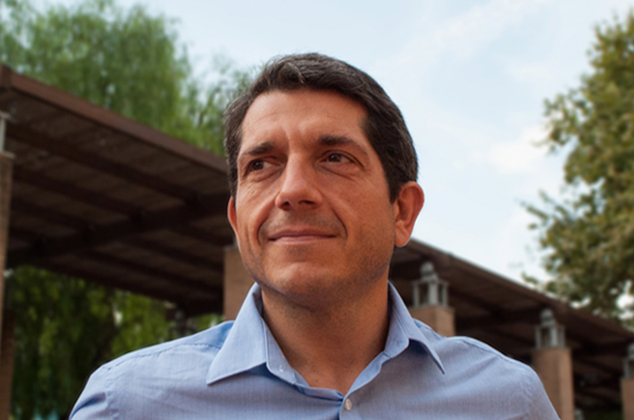 MSc in Civil Engineering from the Polytechnic University of Madrid. Concentration in Foundations and Structures, 1999. His professional career started at the Construction company ACS as a member of the Structures Department. Later on, he worked for the structural engineering company, FHECOR Ingenieros, where he held the position of Team Leader at the Civil Works Department.
Between 2007 and 2010 he worked for KV Ingenieros Consultores where he combined designing tasks and the opening of new markets, that is, combining his position of Head of the Structures Department and that of Director of Business Development. From 2010 to nowadays, he became Technical Director of Esteyco Energía, which is expanding rapidly in the latest years.
He has been responsible of such important projects as the development of precast concrete towers for more than 500 wind turbines, detailed projects of over 100 new bridges of different typologies and materials, more than 25 renovations of bridges and other structures, building projects, commercial centres, parking lots, railway stations, etc.
In the field of wind energy, he has participated as a Technical Director and Project Manager in the development of Civil and Electric Engineering at different Wind Farms in Chile and Brazil. Furthermore, he has participated in the Design of Foundations and the Geotechnical Study for different wind farms in over 30 countries. In terms of energy, it is also important to mention the book entitled With a Fair Wind, written by him and published by Esteyco Foundation. This book deals with wind and wind energy from different perspectives: historical, artistic, physical and technical, among others.
At last but not least, it is important to highlight his participation in different conferences and technical seminars. In fact, he has participated as guest speaker at different events in such different countries as Spain, South Africa, Brazil, USA, Denmark and Austria.