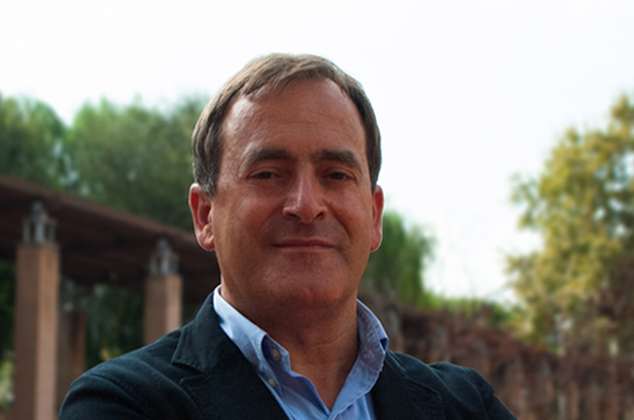 Partner of Esteyco and Patron of the Esteyco Foundation. He graduated as an Architect from the Superior Technical School of Architecture of Barcelona (ETSAB-UPC) in 1991. Later on, he obtained a Postgraduate Degree in The Large Scale: Architecture of New Environments. Member of the Official School of Architects in Catalonia and Madrid. Moreover, he is accredited by the National Professional Association of Architects of Colombia.
He has published several books for the Esteyco Foundations: “Esbozos” in 2007, Arquitectos entre Ingenieros (Architects among Engineers) in 2008 and Cartagena de Indias, Realidad y Futuro (Cartagena de Indias, Reality and Future) in 2013 among others. He has also published different articles in specialized journals. He regularly participates as a speaker in congresses and technical seminars on urban planning, integration of road infrastructures and landscape architecture: speaker at the Large Scale Master (Polytechnic University of Catalonia, 2003-2005); speaker at the Technical Seminars on Integration of Large Infrastructures into the Landscape, Huelva 2008; speaker at the V Symposium on Tunnels organized by ATC in 2010, Bilbao in which he participated with the conference The Tunnel’s Frontier.
After working for different architecture firms, he joined Esteyco in 1991 in collaboration with the Institut Municipal d’Urbanisme of Barcelona, IMPU designing and developing Olympic infrastructures for Barcelona 92, for instance, the Rambla de Prim, the Glorias Square and the Trinidad junction.
He has managed and developed multiple projects of architecture, urban planning and civil engineering at different scales and from different specialties, always in the context of multidisciplinary work and by encouraging collaboration between architecture and engineering. Among his most significant works are landscape integration of road and railway infrastructures, building project, stations and urban planning projects for both public and private clients; the Calviá Road Park in Mallorca, the Ronda de Málaga, ADIF, ETS and FGC railway stations and strategic urban planning projects such as the Vapor Gran area and the Torresana neighbourhood in Terrasa, the Casernes de Sant Andreu, the Plaza del Forum de las Culturas 2004, accesses to Sants Station, the covering structure of the Ronda de Dalt and the new Smart City Concept of La Marina del Prat Vermell in Barcelona.
At international level, he has developed different urban planning projects in Latin America, for instance, the Buenaventura Master Plan and the transformation of the Manga Island in Cartagena or the railway accesses to Santa Marta in Colombia. In terms of energy infrastructures, he has developed several projects related to control buildings of different wind farms in Chile or the first energy self-sustainable tourist resort in the Canary Islands.