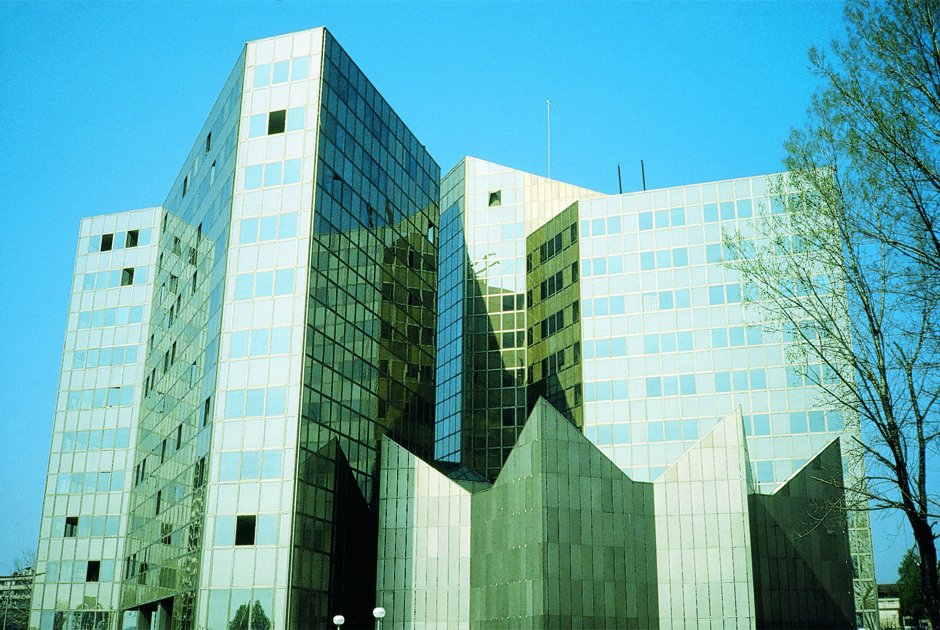 This building, constructed in the first half of the 1980s, forms part of the world-wide World Trade Center network. The building is owned by the Interpred organisation which at the time controlled Bulgaria’s foreign trade and is used as its company headquarters and for representing the major foreign companies operating in the country.
The total built area is 35,000 m2 with twelve floors above ground level. It was the pioneer in Bulgaria in the use of diaphragm walls in the foundations, three levels below ground for parking, voided concrete slabs and curtain walls on the façades.
All the materials used, except for those in the structures, and the installations equipment were supplied from Spain.