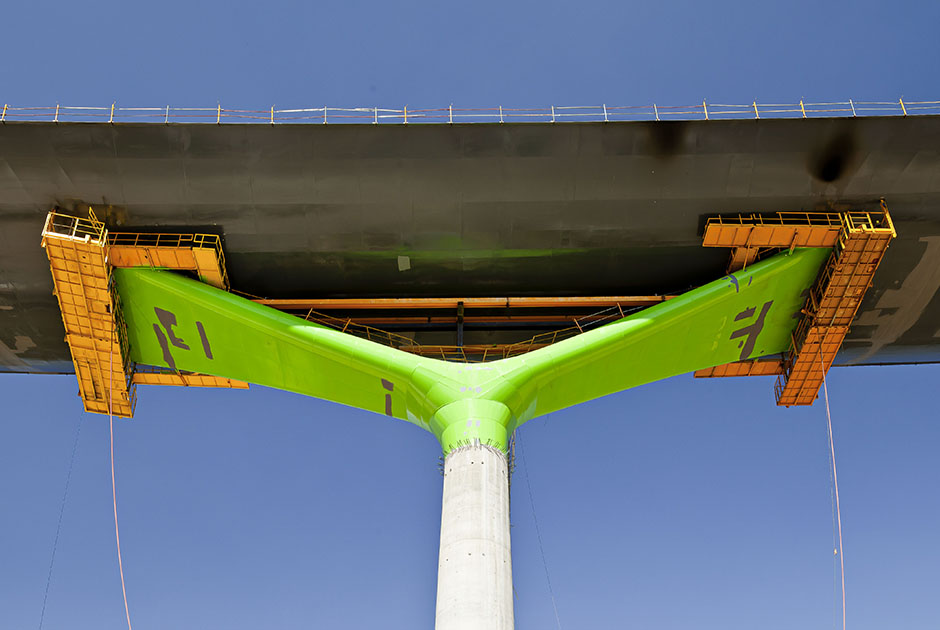 This unique viaduct of the Caldearenas-Lanavé stretch of the Mudéjar Highway A-23 crosses the Guarga River riverbed by means of a 350m long composite structure. The four spans, 75-100-100-75m, have been defined so that while complying with the DIA requirements the virtues of this structural typology are made the most of.
The transversal cross-section of the 24.80m box is designed with a composite deck, with a constant depth of 3.40m, composed of a semicircular metallic box and concrete deck of variable thickness –from 0.20m in the centre to 0.40m at the start of the cantilever- that cantilevers 4.40m off the sides.
A composite “Y” shaped solution is proposed for the piles, with a concrete “bottle-shaped” shaft that connects with the “v-shaped” metallic part that resolves the arms of the structure and adapts to the decks geometry. The 40m of separation between the arms enables the span of the deck to be reduced and adds to the aesthetic character of these two viaducts.