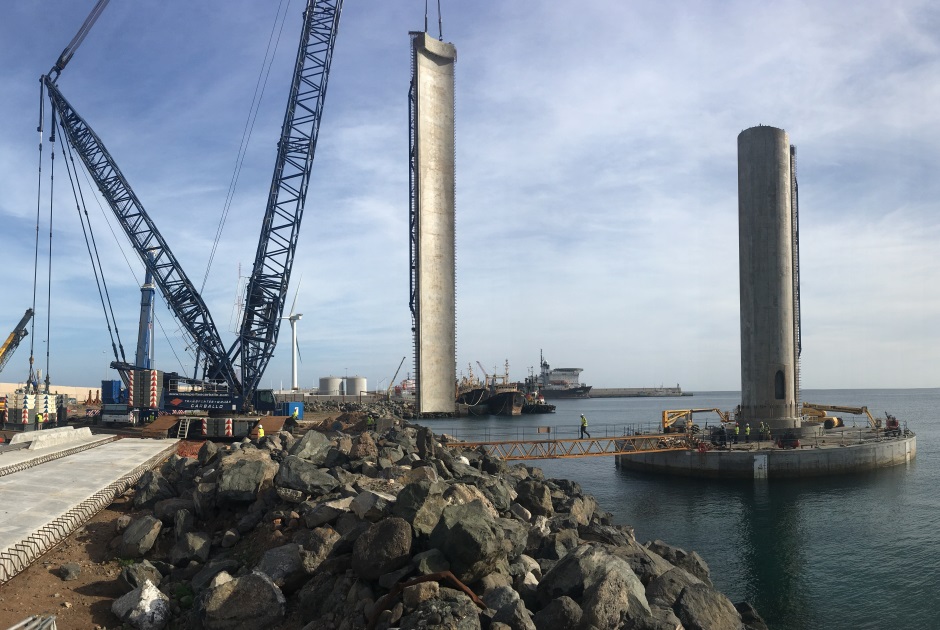 Deputy Regional Minister of Industry, Energy and Trade for the Canary Islands, Adrián Mendoza, underlined during his visit last Thursday that the fact that the first wind turbine in Spain directly resting on the seabed is located in the Canary Islands shows the potential of the islands in this respect.

President of Esteyco Energía, Miguel Ángel Fernández, accompanied Adrián Mendoza during his visit to installation works which are planned to be finished by May this year.
Furthermore, Mendoza recalled that this project, in which other companies such as GAMESA, ALE Heavy-Lift and DEWI-UL participate, will be installed in the area of PLOCAN (Plataforma Oceánica de Canarias, Oceanic Platform of the Canary Islands), at 30 meters deep. This puts the Canary Islands in a leading position in the field of the marine wind energy.
This prototype, which has an approximate cost of 15 million euros, is partially financed by the European Union through the H2020 program. It is the first wind turbine installed with no need for costly and scarce heavy-lift vessels which means significant cost reduction.
President of Esteyco Energía said that the assembly of auxiliary equipment is currently underway. Some of them have been built at ASTICAN, the Canarian shipyard and they are necessary for its final move. Furthermore, he added that they are awaiting for the 5MW wind turbine by Gamesa and its assembly in April.