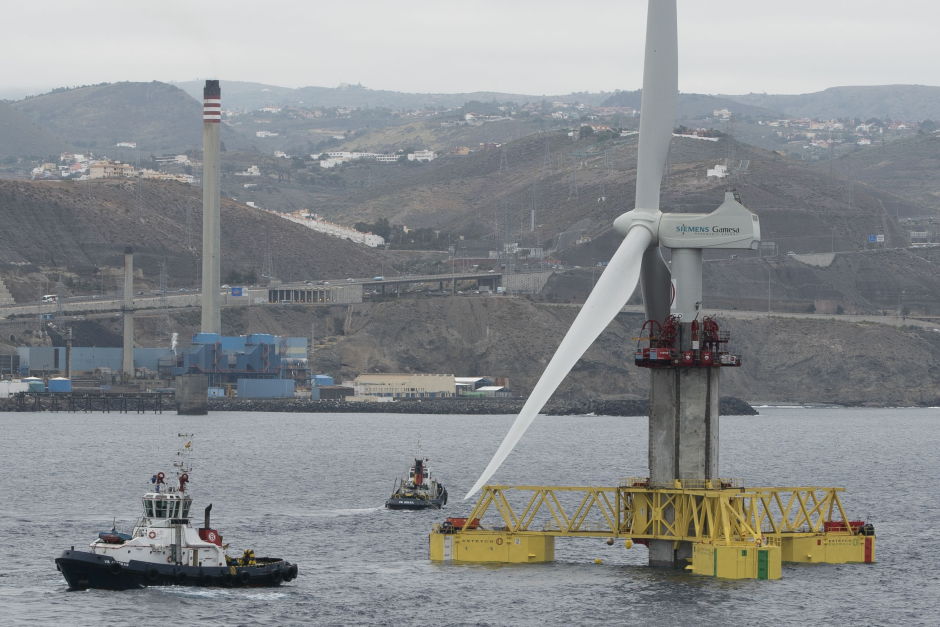 During the last few days, the installation of an offshore wind tower prototype, worldwide pioneer (ELICAN project) has been completed, in the Plocan test area (Gran Canaria, Spain) and is expected to be operational in the next few weeks, as soon as the connection to the electricity network is made.
The ELICAN project, for the implementation of the ELISA technology from ESTEYCO Engineering company, is carried out by a consortium led by the ESTEYCO, in which SIEMENS-GAMESA, ALE HEAVYLIFT, DEWI GmbH and PLOCAN itself also participate
Thanks to the ELISA technology, which allows the wind tower to be fully assembled in the port, as a result the wind turbine is the first in the world to be installed in the sea without requiring the large and expensive ships or marine cranes currently used for this purpose.

Find below, broadcast links in the media: