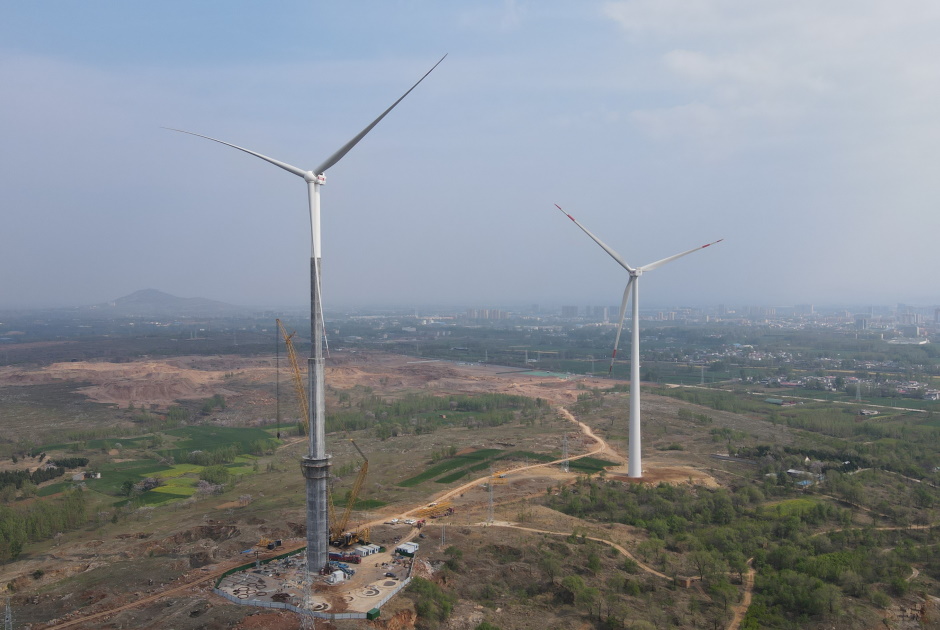 ESTEYCO’s telescopic concrete tower on-shore prototype was finished in China and it has already been for several months in full operation. This realization, which main contractor was JINKE, has become the highest self-supported wind tower ever built in the world.

Telescopic technology, patented by ESTEYCO, was initially tested in 2015 with an on-shore prototype without turbine at its top that was erected near Madrid. Some years later in 2.018 the first off-shore fully operational prototype was installed in Gran Canaria Island, becoming the first off-shore wind turbine installed in Southern Europe. Its main advantage was to avoid the need of heavy, scarce and expensive lifting means -heavy cranes or vessels- as they are not required neither for the tower nor turbine installations.

The solution has been implemented in Henan province, Continental China, achieving a hub height of 170m and supporting a 3.6MW – 155m rotor diameter turbine. It combines three concrete levels -heights ranging from 40 to 50m- with conventional tubular steel sections at its top. Concrete levels are cast-in-place at the ground level by means of a climbing formwork. These levels are arranged one inside the other, concentrically, prior to the beginning of the auto-lifting phase.

The solution is based on using heavy-lift strand jacks always placed at 40-50m height, reusing them to lift one tower section after the other. Such recoverable jacks lifting each level is supported by the one below, which also helps for guiding the lifting section as it rises, in a self-installing procedure patented by ESTEYCO, in which the tower itself is the only supported structure required.