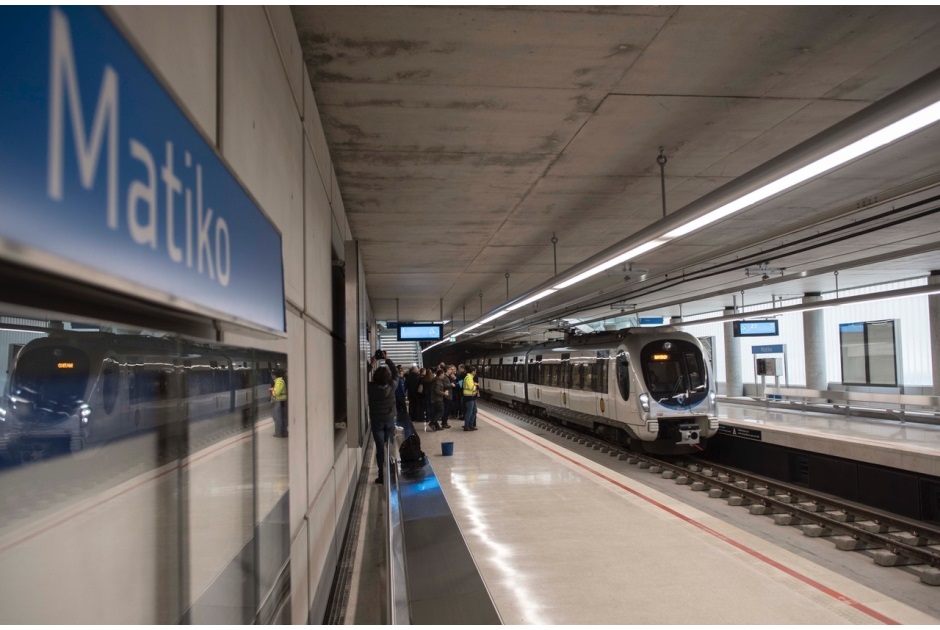 Iñigo Urkullu, President of the Basque Country, together with Juan María Aburto, Mayor of the city of Bilbao, Unai Rementería, MP from Bizkaia and Arantza Tapia, regional Minister of Economic Development and Infrastructures, inaugurated the new Bilbao Metro Line 3 on Saturday 8th April. This new line will provide services to 70,000 people living in Etxebarri and in Barrios Altos, east of Bilbao. It will have a frequency of 7.5 minutes at peak times.

It consists of a 6km alignment and it is planned to be used by 16,000 people a day, that is, six millions of people a year, specially people living in Etxebarri and in such neighborhoods as  Txurdinaga, Otxarkoaga, Zurbaran, the historical center and Uribarri, in Bilbao.

Within this project, the Construction Project of the Matiko Station and the Artxanda Tunnel was drawn up by ESTEYCO. This included works to underground trains in Matiko which provided a solution to the problems associated with a surface train and improved traffic flow in Artasamina, Tivoli and La Salve streets.